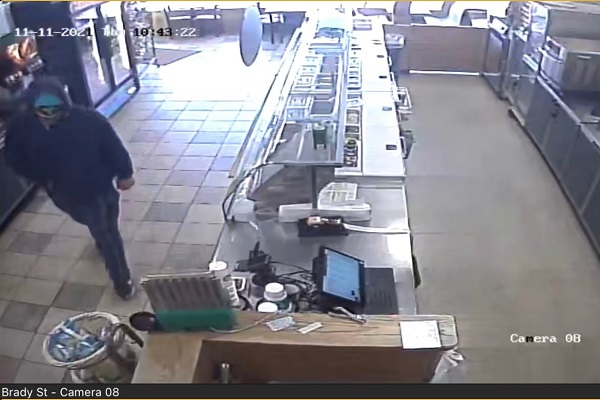 DuBois, PA – A man was arrested for reportedly attempting to rob the Subway restaurant in DuBois recently. 24-year-old Tristan Snyder from DuBois faces a felony charge of robbery by taking property and a charge of theft by unlawful taking.

The attempted robbery was caught on security camera last Thursday morning Nov. 11, and DuBois City Police immediately started sharing the images with the public to try to identify the man.

The investigation led to Snyder, who allegedly admitted to police that he was involved in the robbery.

When he was arrested, he also had a bundle of heroin stamp bags and some brass knuckles.

Snyder was placed in the Clearfield County Jail on $75,000 bail. His preliminary hearing is set for this Friday, Nov. 19.