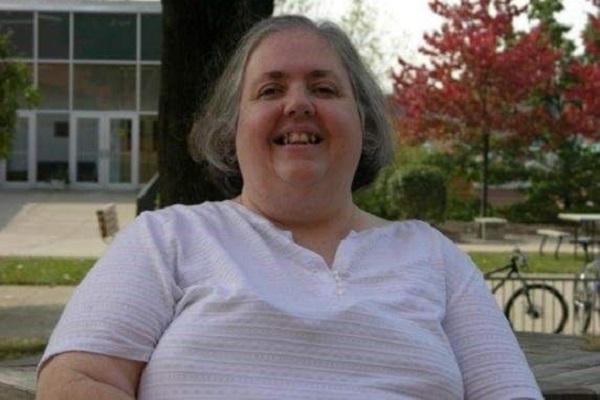 Gill was an associate professor of Spanish at Penn State DuBois for 20 years. She also championed student travel initiatives, personally traveling with students on 17 international trips over the years.

Gill believed that opportunities to travel can be an invaluable life experience. DuBois Chancellor M. Scott McBride continues to support these opportunities for student travel.

“Dr. Gill was dedicated to expanding the world view of her students through her teaching and international study abroad opportunities,” said McBride. “We will miss her commitment to broadening the global experience of our students.

“Whether students take classroom knowledge and apply it to real life, realize the overwhelming satisfaction of helping others through community service, or feel the excitement and pride of accomplishment in presenting a research paper at a conference, travel provides an opportunity to learn and grow and round out their Penn State education,” he added.

Gill was a steadfast supporter of cultural education, and she organized a Spanish Cultural Bowl for students on campus for many years, as well as an academic symposium. She was also an advocate for using technology in teaching and spearheaded efforts to find innovative ways to integrate new technologies into the classroom. Her unending interest in cutting-edge teaching tactics led to her invitation to speak at the national conference of the American Association of Teachers of Spanish and Portuguese (AATSP) in 2009. Her three-hour workshop was titled “Podcasting and Video Blogging in the Language Classroom.”

McMahon said that though Gill’s professional accomplishments were many, her sister should be most remembered as a thoughtful and caring individual who always put others first.
McMahon said, “Debbie was the kindest person I have ever known. From as far back as I can remember she was a giver. One of my fondest memories is of her sharing ice cream with me. I couldn’t have been more than three. I was in my crib, and she fed me through the bars.”

McMahon went on to recall that her sister was always a strong academic. “When we were in school, her teachers would always ask why I couldn’t be more like Deb. I would smile from ear to ear and think how I can’t be. She’s one of a kind. But, she never, ever let anyone think she was better than them.”

Outside of the classroom Gill placed the needs of others before her own, whether they be family, friends or strangers, usually serving others in secret, with no wish for recognition or reward. “She would go into a store and buy food for the homeless outside to make sure they at least had one meal that day,” McMahon said. “She put herself through college, never asking anyone for help. She took care of our parents while working a full-time job, never complaining of being tired. For 30-plus years, she sponsored at least five children for Children’s International.”

Undoubtedly, for Gill, family always came first. McMahon explained, “I was a widow at a young age, with a 10-year-old daughter. Deb took on the role of best friend, auntie, and Nana, as we lost our mother just two months after my husband passed. Again, she never complained about doing so. When my grandchildren were born, she once again took over many, many roles.”

For more information or to make contributions to the Dr. Deborah J. Gill Student Travel Endowment at Penn State DuBois contact Director of Development Jean Wolf at 814-372-3038 or jaw57@psu.edu.

This gift will advance “A Greater Penn State for 21st Century Excellence,” a focused campaign that seeks to elevate Penn State’s position as a leading public university in a world defined by rapid change and global connections. With the support of alumni and friends, “A Greater Penn State” seeks to fulfill the three key imperatives of a 21st-century public university: keeping the doors to higher education open to hardworking students regardless of financial well-being; creating transformative experiences that go beyond the classroom; and impacting the world by fueling discovery, innovation and entrepreneurship. To learn more about “A Greater Penn State for 21st Century Excellence,” visit greaterpennstate.psu.edu/