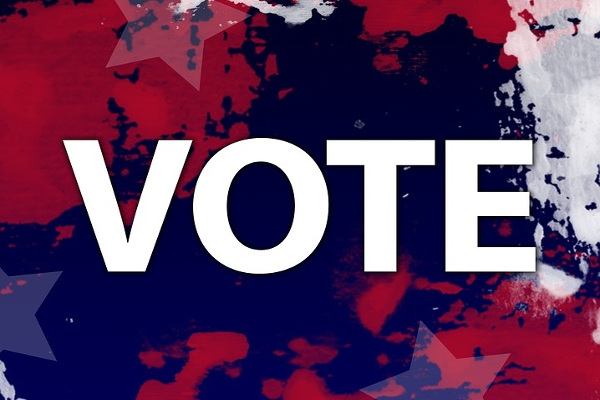 Pennsylvania – Today is primary election day! Make sure you know where to go, what you might need to bring with you, and what offices and questions will be on your ballot.

A primary election sets the stage for the general election in November. This election is mainly for Democrats and Republicans, who get separate ballots and are casting their votes to decide who will represent each party for each office on the November ballot. So for this ballot, you will see Republicans running against Republicans and Democrats running against Democrats. Some seats are running unopposed.

Although a variety of seats are up for grabs, one of the most highly contested seats in our area is Magisterial District Judge for the DuBois area, in which six people are running. The candidates are Scott Farrell, Gilbert Barker, Randall Vargas, Michael Marshall, David Meholick, and Elliot Gelfand. Click on any of their names to read their press release announcing their candidacy and why they believe they are a good fit for the job.

Because this is not a presidential election year, voter turnout is expected to be lower. However, it’s still important to vote because these offices are the ones that make more local decisions that may affect you on a daily basis, such as local taxes.

During the primary election on May 18, you’ll see four ballot measures in addition to those regular seats that are up for grabs.

Check where your polling place is. You can find it on your voter registration card or by typing in your address at VotesPA.com.

Polls open at 7 a.m. Tuesday and will remain open until 8 p.m. If you are in line by 8 p.m., you will be allowed to vote, even if your ballot is cast after that.

You will not need to bring your ID with you unless it’s your first time voting in that precinct or if your name or party affiliation have changed.

If you requested a mail-in ballot and have not turned it in, you need to bring it directly to the county elections office. Do not put it in the mail at this point.

If you requested a mail-in ballot but would rather vote in-person instead, you can do that but it will put extra work on elections officials. Be sure to bring your mail-in ballot with you to the polling place. Polling place volunteers will need to call over to the elections office, make sure that you haven’t already voted, and then they will issue you a provisional ballot to use at the polls.

Please expect that we will not know the winners of any races the night of the election. It will be at least a few days until all votes are counted.

Every vote matters and every vote counts. We will not be announcing election results until in-person and mail-in votes have been tallied.

Pennsylvania – During the primary election on May 18, you’ll see four ballot measures in addition to those regular seats that are up for grabs.

That’s for two of the measures. One other ballot measure deals with denial of rights based of race or ethnicity, and the other would expands the state’s loan program to volunteer fire companies to municipal fire companies and EMS service nonprofits.

Although primaries are typically reserved for Democrats and Republicans to decide which candidates will represent them in the November general election, these ballot measures can be voted on by anyone, regardless of your party affiliation or lack thereof, as long as you are registered to vote.

The questions can be worded in an odd way sometimes, so we suggest you check out your sample ballot beforehand, read over it, and know who and what you’re voting for before you actually go to your poling place.

CLICK HERE to read the four ballot initiatives in full detail. For an easier to understand version of each question, click the link and look for the “PLAIN ENGLISH” sections.

CLICK HERE for an additional explanation from Ballotpedia. Click on each initiative to learn more about it, read the arguments on both sides, and decide for yourself how you’d like to vote.

Listen to Senator Cris Dush’s thoughts on the ballot measures.