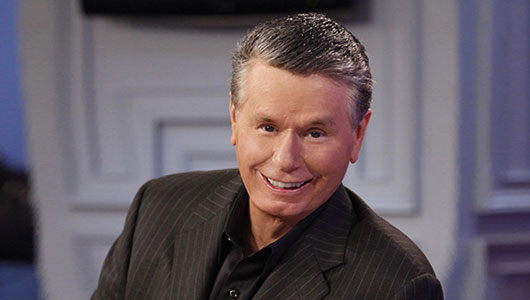 About Sunday Nights with Bill Cunningham

Bill Cunningham is a nationally recognized broadcaster, veteran attorney, and a business entrepreneur. As host of “Sunday Nights with Bill Cunningham,” Tribune Broadcasting’s nationally syndicated daytime talk show, Bill is making a difference in the lives of viewers, helping to resolve conflicts and mend relationships.

“Sunday Nights with Bill Cunningham” which launched in September 2011, can now be seen in 98% of the U.S. on The CW Network.

For more than 25 years, Bill has been a prominent radio host, forging a reputation as someone who is not shy about expressing an opinion, or holding someone accountable. He’s been honored twice with a Marconi Award as “America’s Big Market Radio Personality of the Year” on 700 WLW in Cincinnati, and in recent years added a national weekend program on Premiere Radio Networks which is heard in more than 200 markets across the U.S. In 2011, Bill was named “one of the top 100 radio personalities of all time.”

Bill’s legal experience includes representing defendants from all walks of life in civil and criminal cases. Earlier in his career, he served as an Assistant Attorney General in the state of Ohio. He has also been active in starting various businesses, including multiple restaurants.

Bill and his wife, his high school sweetheart, the Honorable Penelope R. Cunningham of the Ohio Court of Appeals, both grew up in the Cincinnati area. Bill was inducted into the local basketball hall of fame, and was named one of the top 100 high school basketball players of all time. They have one son and two grandchildren.

He is a graduate of Xavier University in Cincinnati and the University of Toledo College Of Law.