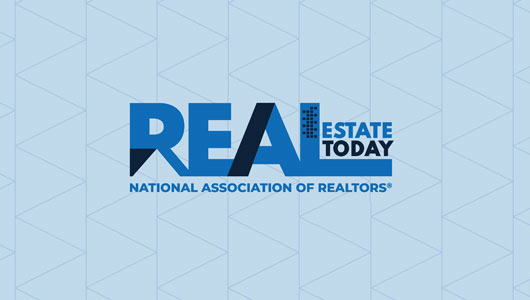 On radio stations, satellite, and podcasts… even cell phones, Real Estate Today is your instant connection to the American Dream of home ownership!

Stephen is NAR’s Director of Broadcasting, and in that role he has managed the weekly editorial content of Real Estate Today since its launch in 2009. Stephen is also the host of NAR’s video newscasts, “The Voice for Real Estate,” which air on REALTOR®.org, YouTube, and REALTOR® web pages across America.

Stephen was a REALTOR® for many years. He began at a commercial real estate brokerage in Baltimore, Maryland, helping clients buy and sell investment properties. Later, Stephen worked as a manager and sales associate for several top-producing real estate brokerages in the Washington, DC area. He was licensed in Washington, DC., Maryland and Virginia. However, he ended his active role as a REALTOR® when he joined NAR in 2008.

Stephen was born in Washington, DC, where he now resides. He received his BA degree from the Johns Hopkins University, in Baltimore, Maryland.

“Ask The Millennial“
Jane Dollinger is the editor for Real Estate Today’s “Ask the Millennial” segment, in which she brings the unique perspective of the millennial generation to the show’s listeners from coast to coast. Jane is also the show’s announcer, and helps generate content and ideas for the program.

At THE NATIONAL ASSOCIATION OF REALTORS®, Jane is the Business Issues Media Representative in the Communications Department.

She is a graduate of the University of Arizona and has worked in media communications for the last six years.

In her spare time, Jane can be found playing video games and hanging out with her three pet guinea pigs – Lotus, Gypsy and Bowie.

“Hot or Not?“
Melissa Dittmann Tracey is the editor for Real Estate Today’s ‘Hot or Not” segment, in which she reports on emerging, as well as traditional design elements, and explains which are ‘hot,’ or ‘not’ in today’s real estate markets. Melissa is an award-winning journalist who has written about the housing market for more than a decade. She manages Realtor Magazine’s home design and staging blog, “Styled, Staged & Sold,” which was ranked number-one out of 100 blogs as the “Best Staging Blog on the Planet” by FeedSpot in 2017.

She’s a contributing editor to Realtor Magazine, writing the Daily Real Estate News and a psychology-marketing column called Relationship Management. Melissa has contributed to dozens of publications, including California Real Estate Magazine, Chicago Tribune, PEOPLE, Monitor on Psychology, and more. She holds a B.A. in journalism from Grand Valley State University and an M.A. in magazine, newspaper, and online journalism from Syracuse University. Melissa resides in Dallas with her husband, Sean, and their three young children.

Bill started his broadcasting career in 1973, as a disc jockey in Ottawa, Illinois. Soon afterwards, he segued to broadcast journalism. He has worked for nearly a dozen local radio stations across America, including Washington, D.C., Boston, Massachusetts, Providence, Rhode Island and Tulsa Oklahoma. He has also worked at national broadcast networks, including USA Today SkyRadio, the Associated Press Radio Network and Voice of America.

Since 1985, Bill has also done more than ten thousand interviews with authors of bestselling books.

Bill and his wife Hillary live in the Washington, DC area, where they are both proud parents and grandparents. And Bill notes: “Yes, we are “Washington’s other Bill and Hillary.”