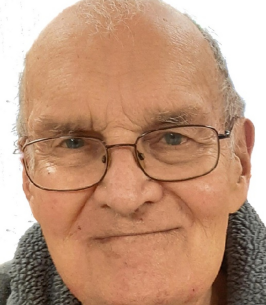 Robert R. Winslow passed away peacefully on September 6th, 2022, at the Mountain Laurel Healthcare and Rehabilitation Center in Clearfield, PA.

He was born on December 20th, 1935, in Benezette Township, PA to Ronald English and Verna Elizabeth (Betty) Winslow.

Bob graduated from the Clearfield Area High School in 1953, served in the Air Force as a jet mechanic, and graduated from Penn State University in 1964 with an Associate in Engineering Degree. He retired from Crescent Brick Company in Clearfield, PA where he was the plant manager.

He is survived by his wife, daughter Robin Winslow and her companion, Brady Crain, of Osceola Mills, PA; a brother Larry Winslow and his wife Roselyn of Kent, WA; a sister Jane Coudriet and her husband Fran of Chesterton, IN; sister-in-law, Dottie Crissman of Clearfield, PA; several nieces and nephews and his beloved grand dog Sage.

He was preceded in death by his parents, a brother Ray Winslow, and a sister Joan Marshall.

He was a life member of the Benevolent and Protective of Elks #540 where he served on many committees over the years, including the house committee and country home committee, and enjoyed many events and activities at the club over the years.

Bob enjoyed spending time with his family and friends and his grand dog Sage. He enjoyed life in general. He always had some words of wisdom or a joke to share. While he was able, he did not miss his morning hour at the Elks for coffee with his friends to solve the world’s problems and banter with them, time he looked forward to daily.

At his request, there will be a celebration of life and Elks service at a later date. There will be no public viewing and burial will be at the convenience of the family.

Beardsley Funeral Home and Crematory, Clearfield is in charge of the arrangements.