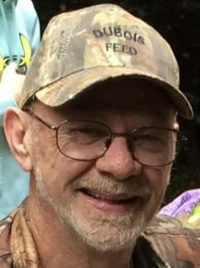 He was a veteran of the United States Marine Corps having served in the Vietnam War.  Bob was the recipient of numerous combat ribbons and medals including a Purple Heart and the Presidential Unit Citation.

Bob was a fully disabled veteran and in his working years, he was a carpenter.

He was preceded in death by 2 brothers (David & Kenneth Hepburn).

Visitation will be held on Wednesday, September 7, 2022 from 4 to 7 pm at the Baronick Funeral Home & Crematorium, Inc

A funeral service will be held on Thursday, September 8, 2022 at 11 am from the funeral home with Pastor Terry Felt officiating.

Full military honors will be accorded from the funeral home by the members of the DuBois Area Honor Guard.

Although flowers are appreciated, in lieu of flowers the family would like memorials to be placed with the Penfield Volunteer Fire Department, P.O. Box 53, Penfield, PA 15849.