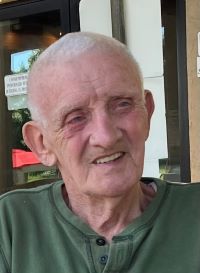 1942-2022
Merritt R. Cramer, age 80 of Sigel, PA died Saturday, November 5, 2022 at Penn Highlands DuBois Hospital.
Born on March 23, 1942 in Connellsville, PA, he was the son of the late George and Dorothy (Dahl) Cramer.
Merritt was a veteran of the United States Air Force.
On September 9, 1965, he married his wife of 57 years, Patricia Riemenschneider Cramer. She survives.
Merritt was the Regional Manager for Fishers Big Wheel Department Store for 26 years and was owner/operator of Scooters Bar & Grill in Mt. Pleasant, PA for 31 years.
Merritt touched every heart that he met and put into his life. He will be missed by many and remembered by most.
Along with his wife, Merritt is survived by one daughter (Michele Leighty of Sigel, PA) and one great grandson (Blake L. Shultz).
He was preceded in death by one daughter (Kimberly Cramer Valdez) and one brother (Donald Cramer).
As per Merritts wishes, there will be no public visitation or service.
Burial will take place in Normalville Cemetery, Normalville, PA.
Arrangements are under the direction of the Baronick Funeral Home & Crematorium, Inc.
Online condolences can be sent to www.baronickfuneralhome.com