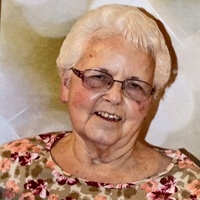 She was born January 25, 1937, in Rossiter, daughter of the late Alice (McFarland) and Edward Elbel.

Mary was a former volunteer helper with Cub Scouts and the 4H.

She worked for Sylvania and later as a cafeteria worker beginning at Mapleview School and then retired from the former Junior High School.

In addition to her husband and parents, she was preceded in death by three brothers, Glenn, Emery, and Eugene Elbel.

A funeral service will be held at 11 a.m., Wednesday, January 18, 2023, at the funeral home with Reverend Glenn McQuown officiating.

Interment will be in Zion Cemetery, Porter Township, PA.

Memorial contributions may be made, in memory of Mrs. Justice, to the Oliveburg Presbyterian Church, 208 Spring Road, Oliveburg, PA 15764.