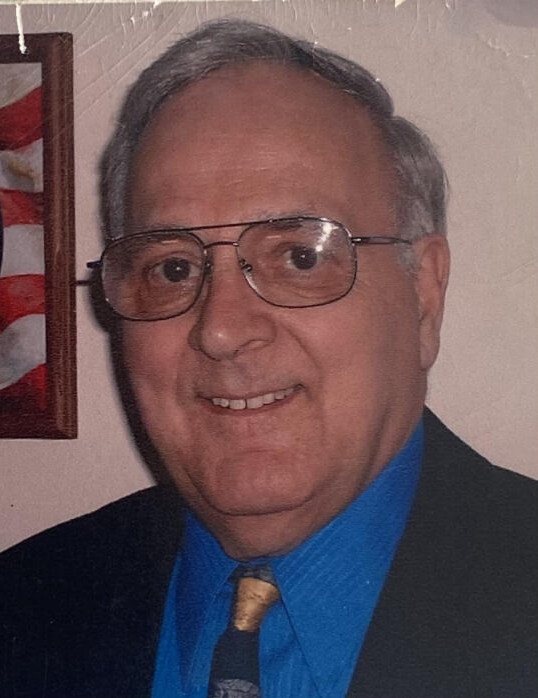 Ken was a graduate of DuBois Area High School where he excelled in math and numbers.  He was a veteran of the United States Army serving in the Korean War Conflict in Germany.  After his military service Ken graduated from DuBois Business College and then met the love of his life, Barbara M. Campbell at Mahaffey Camp in 1953.  They married on September 1, 1956 and celebrated 66 years of marriage together, residing in their family home for more than 50 of those years. Ken loved the outdoors and was an avid hunter and fisherman. He was a member of the Punxsutawney Alliance Church, serving as Church Treasurer for 32 years.  He was instrumental in the acquiring of the South Main Street location and worked diligently to serve the Lord with the many men who built the church in the late 1960's.

Ken worked for more than 40 years at Airco Speer Carbon, now AirCo Carbon, retiring as the manager of Quality Control.  Ken was a notary public and an enrolled Tax Practitioner for nearly five decades.  As a businessman, he maintained an office in his home.  He also was an elected official, serving as Bell Township Tax Collector in Jefferson County for 37 years.  Never retiring from his tax practice until the age of 80, he maintained a keen mind and open heart for serving others throughout his career.

Ken is survived by his wife, Barbara, their two children: Nancy (Edward) Depp of Mahaffey and Edward (Heather) Stoddard of Huntingdon, their three granddaughters: Michelle (John) Palamara of Macungie; Melissia (Chris) Shaffer of Meadville, and Genevieve Stoddard of Huntingdon and siix great grandchildren: Ava, Vera, Stella Palamara and Aslan, Jaelyn, Easton Shaffer. He is also survived by one brother, Alfred (Judy) Stoddard of DuBois and one sister, Alverta (Ted) Harbridge of Niagara Falls NY. Ken cared deeply for every member of his family.

He was preceded in death by his parents and three siblings: Easton, Jr., Dolly, and James.

In lieu of flowers, the family has requested memorial donations be made to Mahaffey Camp, a place where Ken grew in his spiritual walk as a young teen and throughout his family's heritage for five generations of attendance. Mahaffey Camp & Conference Center, P O Box 277, Mahaffey PA 15757-0277.  http://mahaffeycamp.com/give-back/donate/