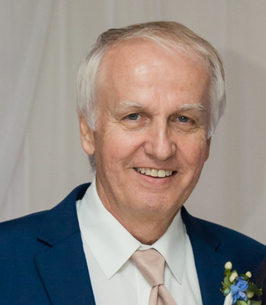 John Francis Moore, Sr., of Clearfield, PA, passed away peacefully at his home surrounded by his family on Tuesday, September 13, 2022 after a battle with brain cancer.

John was an extremely creative and multi-talented person. He was a published author who wrote a book about his father, Bud Moore and His Hillsdale Hillbillies, singer, songwriter, and musician. He traveled and performed all over the eastern part of the United States playing music with his family in bands such as Moore or Less and The Moore Brothers. He recorded his music in notable cities like Nashville and New York City, and offered guitar lessons to many students.

John was a man of great faith, and a lifelong member of St. Francis of Assisi Catholic Church in Clearfield.

He was preceded in death by his parents, his brother, Barry Moore, his nephew, Jesse Moore, his niece, Wendy Zattoni, and his nephew Bradley Boalich.

A Mass of Christian Burial will be celebrated at 11:00 AM on Tuesday at the St. Francis Catholic Church, Clearfield, with Father Robert Horgas as celebrant. Burial will follow at the Calvary Cemetery, Clearfield.

Friends will be received at the Beardsley Funeral Home and Crematory, Clearfield on Monday from 2-4 PM and 6-8 PM and at the funeral home on Tuesday from 9:30 AM- 10:30 AM.

On Monday, a Christian Vigil service will be held at the funeral home at 1:45 PM and the Rosary will be recited at 7:30 PM.

In lieu of flowers, the family suggests that memorial contributions be made to Beardsley Funeral Home and Crematory, 113 N. Third St., Clearfield.