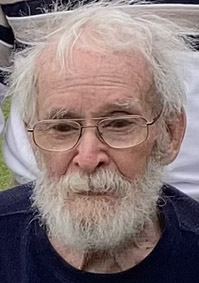 1932-2022
Harold W. “Hod” Brubaker, Age 90 of Rockton, PA, died Friday, November 11, 2022 at his home.
Born on July 17, 1932 in Rockton, PA, he was the son of the late William C. & Kathleen (Shaffer) Brubaker.
On August 4, 1979, he married Janet Bush Brubaker. She preceded her in death on October 25, 2013.
Hod was a veteran of the United States Army having served in the Korean War.
He retired from Highway Equipment as the parts manager after many years of service. After his retirement he work at Kohlhepp’s Ture Value Hardware.
Hod was a member of St. John’s Lutheran Church in Rockton enjoyed gardening, bowling, and crossword puzzles. He also loved fishing in Canada, softball, and watching all sports. He as an avid fan of the Pittsburgh Steelers.
Hod is survived by his daughter (Karen DeLoia and her husband Tony of DuBois, PA), a son (Kevin Brubaker of Rockton, PA), step Children (Michael McGough & his wife Stephanie of Ocala, FL; Brenda Hendricks & her husband Jeff of Rockton, PA; Diana Horn & her husband Alan of Rockton, PA, Sandi Henry of DuBois, PA, and Cary Platt & her husband Rob and Tara Bennett and her husband Stacey, both of Rockton. He is also survived by numerous grandchildren, great grandchildren, two brothers (Robert & James Brubaker) and a sister (Margaret Gray).
He was preceded in death by his son (Gary Brubaker), his brothers (Forrest & Milton Brubaker), a sister (Shirlee Brownlee) and a step granddaughter (Lexi Wise).
Visitation will be held on Tuesday, November 15, 2022 from 2-4 & 6-8 p.m. at the Baronick Funeral Home & Crematorium, Inc.
A funeral service will be held on Wednesday, November 16, 2022 at 11 a.m. from St. John’s Lutheran Church in Rockton with Pastor Robert Way officiating.
Burial will follow in Rockton Cemetery where full military honors will be accorded by the members of the DuBois Area Honor Guard.
Memorials may be placed with Make a Wish, 219 W. Mahoning St., Punxsutawney, PA 15767.