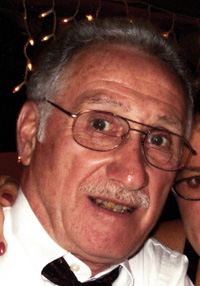 1940-2022
George W. “Bill” Pringle, age 82 of Penfield, PA died Monday, November 14, 2022 at Penn Highlands DuBois Hospital.
Born on September 4, 1940 in DuBois, PA, he was the son of the late Earl L. and Evelyn (Doutt) Pringle.
Bill was a veteran of the United States Army.
On November 15, 1985 he married Nancy J. (Slawson) Pringle. She survives.
He retired from Penn Traffic after 22 years of service.
Bill was a member of the Hickory United Methodist Church where he was the church treasurer, and the George D. Montgomery American Legion Post 17. He was very involved with baseball in our area for 50 years. Bill was active in the DuBois Little League for 30 years, coaching and umpiring and was a PIAA baseball and softball official for the past 15 years. He also served as a deputy warden for the Pennsylvania Game Commission and was an avid outdoorsman and hunter.
Along with his wife Nancy, Bill is survived by his children; Jana Snyder and her husband Joel of Richfield, PA, James E. Rosman and his wife Jessica of Cassvillle, PA and Amanda Rosman of DuBois, PA, four grandchildren; Austin, Hunter, Easton and Ella and two sisters; Florence Kulbacki and her husband Stanley of DuBois, PA and Cindy Hanna and her husband Thomas of Reynoldsville, PA.
Bill was preceded in death by an infant brother, one brother, John Pringle and sister-in-law Hazel Pringle.
Visitation will be held on Friday, November 18, 2022 from 4 – 7 PM at the Baronick Funeral Home & Crematorium, Inc.
A funeral service will be held on Saturday, November 19, 2022 at 10:30 AM from the funeral home with Pastor Butch Brunner officiating. Full military honors will be accorded by the members of the DuBois Area Honor Guard from the funeral home.
Burial will follow in Morningside Cemetery.
Memorial donations may be made to Hickory United Methodist Church, 1056 Hickory Road, Penfield, PA 15849 and/or the DuBois Area Little League, PO Box 71, DuBois, PA 15801.