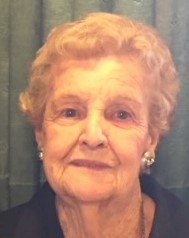 Evelyn E. Cable Houck Gillung, 101, DuBois, peacefully passed away at home on January 5, 2023. Born September 4, 1921, in Smithtown, she was the daughter of the late Leonard & Gertrude (Chittester) Benninger.

She was a licensed beautician and worked at her business in Falls Creek for many years. She was protestant by faith and a past member of the Order of the Eastern Star.

Evelyn will be remembered as a friendly kindhearted hardworking woman with a wealth of old fashion common sense. Later in life golf became Evelyn’s passion; at which she excelled and won numerous awards.

She is survived by her son, Allen H. (Catherine) Cable of DuBois, two loving grandchildren, Eric and Chad Cable and four great-grandchildren, Cyrus & Saman Bouniady and Charlotte & Henry Cable all of whom she adored.

In addition to her parents, Evelyn was also preceded in death by a daughter Geraldine “Geri” (Cable) O’Donnell whom she loved dearly and held her memory close to her heart each passing day as well as the recent passing of her granddaughter Kim Geraldine (O’Donnell) Bouniady and her husband Abass Bouniady.

Honoring Evelyn’s wishes there will be no public visitation or services.

The family suggest memorial contributions be made to the donor’s choice. Online condolences can be made at www.nedzafamilyfuneralhomes.com . Arrangements are under the direction of the Leo Nedza Funeral Home of DuBois.