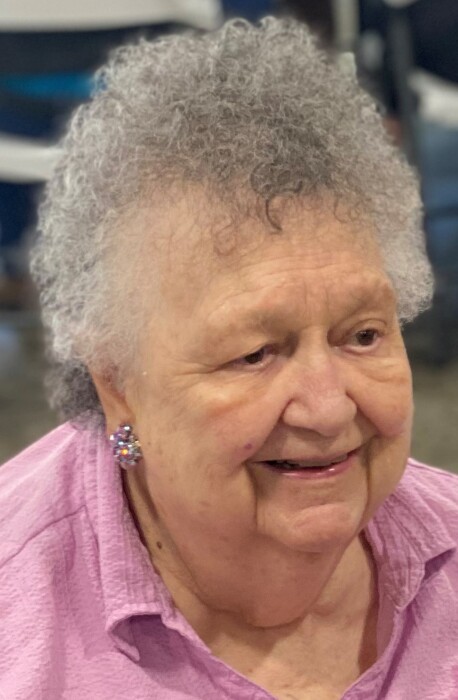 Eleanor Marie Stumpf of Big Run, passed away on Saturday, January 7, 2023 at the age of 88 while under care at Punxsutawney Area Hospital.

Born in Punxsutawney on August 12, 1934, she was the daughter of the late James Wade Depp and Emma K. BofingerDepp of Punxsutawney.

In 1958, she became the wife of John Lee Stumpf. Together, they enjoyed nearly sixty-one years of companionship and marriage prior to his passing in 2019.

Eleanor and John were the former owners/operators of Little Canada bar, a staple and local watering hole for the residents of Big Run and Gaskill Township until 1972. Both Eleanor and John loved people, loved to laugh, and loved story telling. Their customers were drawn to their personalities in such a dramatic way that they remained social staples in the community for many years after selling the business. This love for others extended into every aspect of Eleanor’s personality.

For a significant portion of her life, Eleanor worked as the Big Run Borough secretary. It is here where she continued to applyher communal nature in striving for the betterment of others. Eleanor gave much of herself to the borough and she was fiercely proud of the Big Run community.

On top of her work for the borough, Eleanor was a proud member of the Big Run Betas where she put her heart into doing things for others through the sorority for many years.

In her free time, she loved to knit, making each grandchild and great grandchild beautiful hand knit treasures over the years, touching all of their lives in the process. Her creations will be enjoyed for many years to come. In fact, because of the love she had for her family and her determination, her last hand knit stocking was just completed in time for this past holiday season.

Eleanor was a voracious reader throughout her life, enjoying novels and short stories from many different eras, all hard copy, of course. She continued with this love for the written word all her life, still sending handwritten letters to family and loved ones up until and even after her passing.

As a pastime, she previously enjoyed bowling with the ladies, taking to the lanes for evenings with her friends. She even had a trophy or two from these outings, but never being one to brag, they were often kept private.

In addition to her parents and husband, John, she is preceded in death by a half-brother, August Gould.

In accordance with Eleanor’s wishes, there will be no visitation. Arrangements have been entrusted to Shumaker Funeral Home, Inc., Big Run.