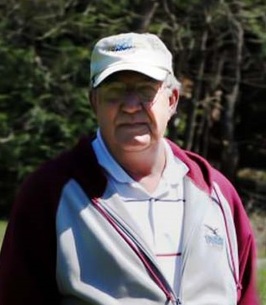 He was born on September 10, 1942 in Clearfield, a son of the late Edward and Phoebe (Bailor) Blake.

Mr. Blake had been employed with DC Guelich Explosive Co. from1974 until his retirement.

He was a member of Clearfield American Legion John Lewis Shade Post #6, the Robert Ferguson Post #842 Veterans of Foreign Wars of Curwensville, the Loyal Order of the Moose Curwensville and the Curwensville Fireman's Club.

Mr. Blake served with the U. S. Army during Vietnam.

He is survived by two children, Chris Blake and wife Sharon of Moneta, VA and Lisa Blickley of Harrisburg; four grandchildren, Taylor and Eddie Blake and Morgan and Greg Blickley; and a brother, Robert Blake and wife Linda of Ashville, NC.

In honoring Mr. Blake's wishes, there will be no services observed at this time.

The family suggests that memorial contributions be made to the Wounded Warrior Project via www.woundedwarriorproject.org/donate