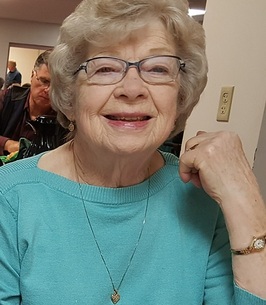 She was born on May 9, 1936 in Woodland RD, a daughter of the late Jacob M. and Edna Graham Kline Wisor.

Mrs. Kovalick was employed at JoAnn Fabrics for six years, retiring in 1996 and had also worked for Leitzinger's for eight years.
She was a member of St. Francis Catholic Church, Clearfield and the Rosary and Altar Society. She will be remembered as a loving grandmother and great grandmother, as she cherished spending time with her family.

In addition to her parents, she was preceded in death by her husband, Kenneth J. Kovalick on January 10, 2022 and whom she wed September 3, 1955 in Frenchville. She was also preceded in death by daughter, Karen Ann Kovalick; a grandson, Gabriel Dinsmore; a brother, Donald Kline; a step brother, Howard Wisor; a half sister, Charlotte Smith; and four step sisters, Ada Lumadue, Betty Lansberry, Margaret Kline, and Barbara Rabik.

Mass of Christian Burial will be said at the St. Francis Catholic Church, Clearfield on Wednesday at 2 PM with Fr. Robert Horgas as celebrant. Interment will be in the Calvary Cemetery, Clearfield.

Friends will be received at the Beardsley Funeral Home and Crematory, Clearfield on Wednesday at 12 PM - 1:30 PM.