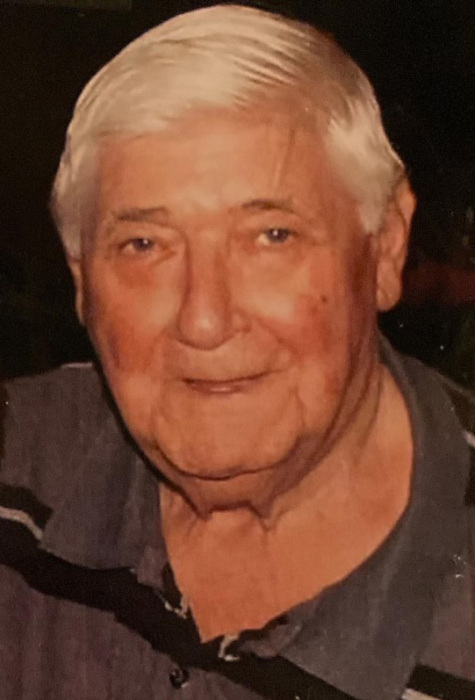 Dominic L. Martino age 88 of Penn Avenue Brockway, PA; died on Tuesday November 22, 2022 surrounded by his family.  Born on August 11, 1934 in Brockway, PA; he was the son of the late Louis and Consiglia Cacchio Martino. On May 29, 1965 he was married to Pauline Pinchock and she survives. Retired, Dominic started out as an employee at the Brockway Clay Company and in time went to work at United Natural Gas. Eventually he became the Superintendent of the Brockway Municipal Water Authority where he was employed for 33 years. He was a U.S. Army Peacetime veteran and a member at St. Tobias Church in Brockway. Dominic was a member at the Son’s of Italy Club in Brockway and was a lifetime member of the Brockway Volunteer Hose Company. He enjoyed woodworking and painting, camping, hunting and riding his bike on the rails to trails. His greatest joy came from the time he spent with his grandchildren, never missing any of their activities. In addition to his wife he is also survived by a daughter Maria (Ed) Horner and a son Michael (Jennifer) Martino both of Brockway, and a sister Christine Stowman also of Brockway. He is also survived by 4 grandchildren: Rebecca Horner, Amanda Horner, Dominique Martino and Mikey Martino. In addition to his parents he is also  preceded in death by a sister Natalie Marasco, an infant sister Cecelia Martino; 3 brothers: Ruben, Leonard and Tony Martino and a grandson Shane Horner. Calling hours will be on Friday, November 25 from 2-4 PM & 7-9 PM at the Shugarts Funeral Home Inc. in Brockway. Mass of Christian Burial will be celebrated on Saturday, November 26 at 11:00 AM at St. Tobias Church also in Brockway with Fr. John Detisch presiding. Burial will follow in St. Tobias Cemetery. Memorial Donations may be made to the Shane Horner Foundation C/O First Commonwealth Bank 1201 Main Street Brockway, PA 15824.