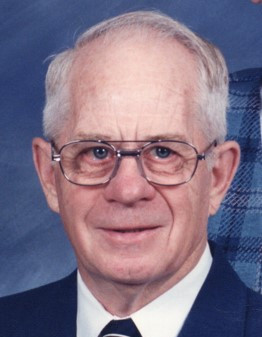 Clyde Robert “Bob” Riethmiller, 95, of Smicksburg, passed away on Tuesday, January 10, 2023 at the Punxsutawney Area Hospital.

He was born March 19, 1927 to Clyde Riley and Mable (Gahagan) Riethmiller in Smicksburg.

Bob was a veteran of WWII serving with the United States Army.

He was a member of Salem Lutheran Church in Smicksburg. Bob worked at various jobs throughout his working career. He eventually retired from Hammermill Paper Company. He took great pride in his vegetable garden. He usually had the largest garden in his neighborhood. Bob was always willing to lend a hand to anyone who needed it and never expected anything for it. He enjoyed the outdoors, hunting and fishing. He loved spending time with his family, especially his granddaughter.

He was preceded in death by his parents, his wife Leona (Ewing) Riethmiller in 2010, two infant children, two sisters; Ruth Mountain and Shirley Wilson and a brother Clair Riethmiller.

Friends will be received on Friday from 5-7 PM at the McCabe Funeral Home Inc., 114 Maple Ave., Punxsutawney, PA 15767. Friends will also be received on Saturday from 10:00 AM until the time of service at 11:00 AM at the funeral home. Military Honors will be preformed by the Jefferson County Veterans Honor Guard.