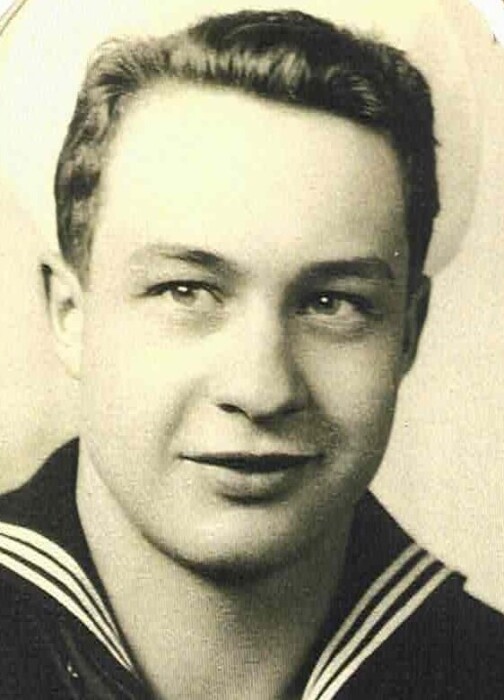 He was born on January 31, 1927, in Gaskill Township, the son of the late Clyde Raymer and Myrtle Ruth (Bowers) McKee.

Mr. McKee was a member of the Big Run Presbyterian Church, where he served as an Elder, and superintendent.  Gene was honored as the Big Run Citizen of the year in 1999.

At the age of 17, he joined the US Navy during the WWII, where he was a Yeoman, serving on the USS Portsmith CL102 and the USS Cabrilla SS288. He has been awarded certificates for his recruiting for the US Navy and a Cold War Certificate.  He was awarded the 50th Anniversary of WWII certificate

He was the area representative for Sampson WWII Veterans. The former Quartermaster of the VFW post #9044 for twenty years. Past commander of the American Legion in Punxsutawney. Gene was a true patriot, he took great pride in his country and honored his military service devoutly.

He became a licensed insurance agent through courses at Penn State, and later enriched his education at Dickinson at Carlisle. He worked as an insurance adjustor and later became a broker. He was the owner of McKee Insurance Agency in Big Run for a number of years. He served as both vice president and president of Patrons Mutual Insurance up until 2020.  Gene was also the former supervisor of Gaskill Township until he finally retired in 2021.  He was also the president of Fairview Cemetery for many years.

One of the greatest accomplishments of Gene’s life was being a great-great uncle, “so great he was fantastic” according to Cindy, Miranda and Tucker Hill.  Gene loved them and spent countless hours with them over the years, he was their world and they were his.

Mr. McKee is survived by a sister, Irene Smith of Punxsutawney.

In addition to his parents and wife, Clyde was preceded in death by two brothers, Melvin and Donald McKee and a sister, Helen Yount.

Interment will follow at Lakelawn Memorial Park, where military honors will be accorded by the Jefferson County Veteran’s Honor Guard.