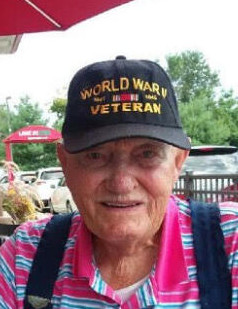 Albert N. Kitchen, 95 formerly of LaJose, passed away on Monday, August 1, 2022 at Christ the King Manor in DuBois.

He was born December 1, 1926 to the late James and Edna (Beck) Kitchen in Burnside.

Albert was a Veteran of WWII serving in the United States Army, stationed in the Philippines with his twin brother Alfred as a medic from 1945-1947. Albert was a member of the Pentecostal Tabernacle in Armagh, and the Susquehanna Rod and Gun Club. He worked for various coal companies as a heavy equipment operator, retiring from Benjamin Coal Company. Albert has been a Christian for over 50 years. At the age of 75 he received his minister’s license. Albert would fill in as pastor at his own church in Armagh. While he was a resident at AM-PM Personal Care in Delancey he would prepare and deliver a Sunday message to the residents during the pandemic. At the age of 80, Albert got a paper route in Johnstown delivering newspapers. His route was four miles long and he walked it every day. He enjoyed hunting, fishing, caring for the fish at the Susquehanna Rod and Gun Club and spending time with his family.

Friends will be received on Thursday from 11:00 AM until the time of service at 2:00 PM at the Waldron Funeral Home, 831 Market Street, Mahaffey, PA 15757. with James Hurd officiating. Military Honors will be performed by the Jefferson County Honor Guard.