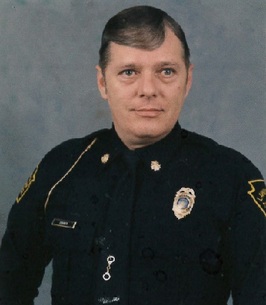 Ted was employed for 29 years with the Lawrence Township Police Department, retiring as Sergeant. With his career with the police, Ted was a long time member of the Fraternal Order of Police and received the Silver Star of Bravery - the highest medal in law enforcement for saving a fellow officers life.

He was also a Clearfield County Deputy Coroner for a number of years and after retirement, he was a consultant for the FBI. Ted enjoyed shopping, but his great joy was his family and spending time with them.

He was a member of St. Francis Catholic Church, Clearfield. He was also a member of the Clearfield VFW, American Legion and the local Marine Corps League. Ted served with the U. S. Marine Corps during Vietnam having attained the rank as sergeant.

In addition to his parents, he was preceded in death by his sister, Constance Gustafson.

For those who can not attend the service, you can view it live at 10 AM at www.facebook.com/beardsleyfh and be sure to keep refreshing the page just before 10 AM or until you see the live stream.

Military honors will be accorded at cemetery by the Clearfield Honor Guard.