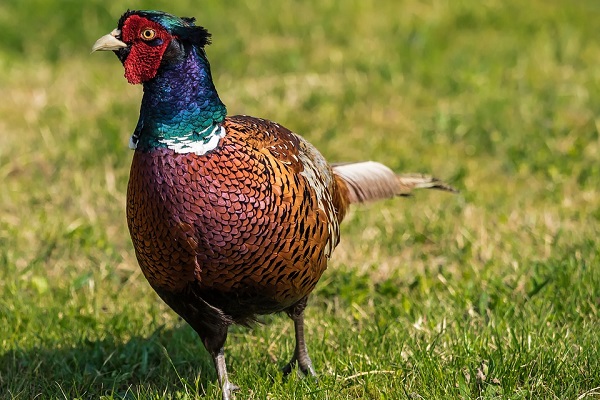 HARRISBURG, PA – For the fourth year in a row, some lucky junior hunters will have the opportunity to experience the thrill of seeing a cackling pheasant rooster pounding skyward while having a special opportunity to harvest the wild game bird this fall.

The Pennsylvania Game Commission today announced the application process for the fourth annual Central Susquehanna Wild Pheasant Recovery Area (WPRA) youth hunt. This hunt marks another year of pursuing wild pheasants within the WPRA following this important restoration initiative. Last year’s hunt saw close to 200 birds flush ahead of the young hunters over the two mornings and this year should be another fantastic season.

The pheasant hunting tradition in Pennsylvania started in the early 20th century with the introduction of ringnecks from Asia into the state for hunting purposes. Their rapid expansion throughout agricultural areas resulted in hunters embracing the new hunting opportunity.

Wild pheasant populations took hold and continued to grow through the 1960s and peaked in the early 1970s. However, changing agricultural practices, land development, and reforestation led to the decline of wild pheasants throughout the state and, by the end of the 20th century, it was unknown if viable wild populations still existed.

The Game Commission continued to raise and release game-farm pheasants, but hunters still longed for the glory days of hunting wild birds, and the agency was tasked with investigating whether a wild breeding population could be restored.

The WPRA program was a key objective within the 2008-2017 Ring-necked Pheasant Management Plan for Pennsylvania and looked to identify four habitat areas of at least 10,000 acres where wild pheasants from western states could be stocked. The primary goal of the program was to restore self-sustaining and huntable ring-necked pheasant populations in suitable habitat.

This effort was initiated by the formation of a partnership between the Game Commission, Pheasants Forever and dedicated landowners within proposed management and release sites. Of the three remaining Pennsylvania WPRAs, the Central Susquehanna WPRA, located in Northumberland, Montour and Columbia counties, experienced the most significant wild pheasant population increase since the initial release of 992 wild-trapped birds from South Dakota and Montana.

A limited number of permits will be issued to licensed junior hunters between the ages of 12 and 16. The application period begins on Saturday, Aug. 8. Applications are due by Sunday, Sept. 20, 2020. Successful applicants will be notified following the random drawing held on Sept. 22 and further coordination concerning the hunt will take place.

Youth hunters will be assigned one hunt date occurring on the morning of Nov. 7 or Nov. 14. Each hunter will be assigned a “hunt mentor” to ensure safety and guide the permittee. The Game Commission encourages each permittee to be accompanied by an adult parent or guardian so that the experience can be shared. Following the hunt, permittees and their guests are invited to attend a free luncheon provided by Pheasants Forever.

Youth hunters may apply through the Commissions online application process found at: https://pgcdatacollection.pa.gov/PheasantYouthHuntApplication