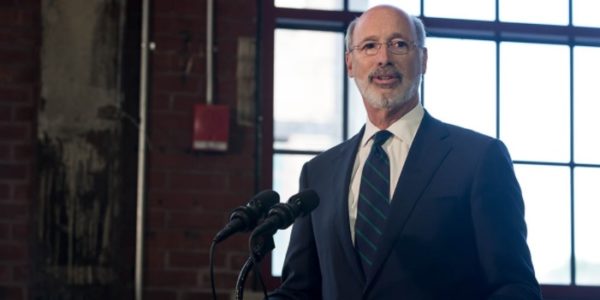 HARRISBURG, Pa. (AP) — Gov. Tom Wolf says Pennsylvania won’t apply for a Medicaid block grant proposed by President Donald Trump’s administration that would include a limit on how much the federal government contributes.

Wolf said Thursday’s Trump administration proposal could lead to cuts in Pennsylvania’s Medicaid enrollment or increase its costs, and force states to restrict the number of people and services they cover.

In exchange for operating under a fixed federal allocation, states would be able to limit what prescription drugs and benefits will be covered under the program, within certain guidelines. Its scope would be restricted to coverage for “able-bodied” adults under 65.

Department of Human Services Secretary Teresa Miller and Department of Labor & Industry Secretary Jerry Oleksiak joined leadership from Pennsylvania’s seven physical health Medicaid managed care organizations and Nancy Dischinat, executive director of Workforce Board Lehigh Valley to announce the initiative that is hoped to address barriers to employment and lead to more success in the workforce for Medicaid recipients.

“The Wolf Administration strives to build a Pennsylvania that works for everyone, and that includes making meaningful, sustaining employment accessible to all people, particularly underserved communities that may experience greater barriers to finding and retaining employment,” said Sec. Miller. “We want all people to be able to work, but we cannot do so in a way that is punitive or risks access to the health care people need to be able to get a job. The Medicaid Work Supports initiative will create that connection to employment and training.”

Individuals interested in learning more about these services will receive outreach either through PA CareerLinks®, their selected health plan, or their local county assistance office to provide
awareness of and referrals to resources and programs available in their local community.