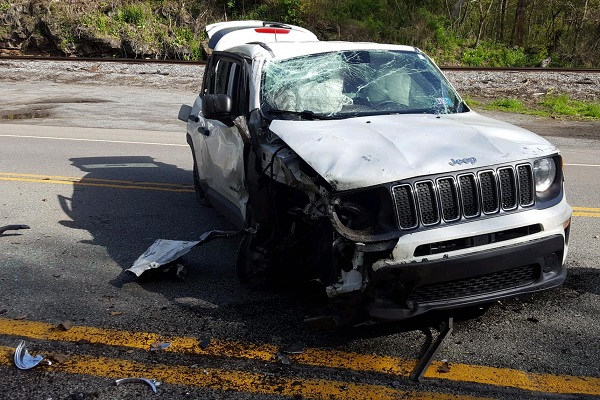 Curwensville, PA – Rescue crews in Clearfield County were dispatched for a vehicle accident along Clearfield-Curwensville Highway near the Old Erie Pike around 9 a.m. Tuesday.

A lone vehicle had struck a rock wall, spun several times, and came to rest in the middle of the roadway.

The driver was flown to a trauma center.

The same rescue crews responded a short time later to a fire in Clearfield, which can be found by clicking on THIS STORY (CLICK HERE).

Photo is courtesy of Curwensville Rescue Hose and Ladder.

A busy morning for Company 8.
This morning at 09:02, Company 8 was dispatched for a vehicle accident along Curwensville Clearfield Highway near the Old Erie Pike. Rescue 8-2, 852, and 853 responded. Crews arrived to find a lone vehicle that had left the roadway, struck a rock wall, spun several times and came to rest in the middle of the roadway. While Company 8 handled the scene, Company 6 handled a landing zone for Stat MedEvac 11 at target square, from where the lone occupant was subsequently airlifted to a trauma center.
At 11:00, Company 8 was dispatched to assist Company 1, Clearfield, with a working structure fire along Park Avenue in Clearfield Borough. Rescue 8-1 responded and once on scene, handled RIT duties.