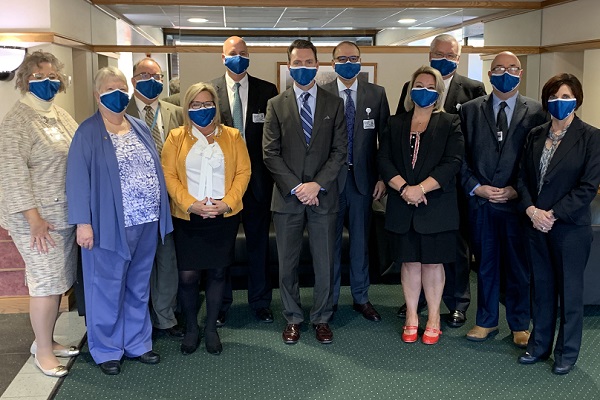 “Welcoming Penn Highlands Tyrone to the Penn Highlands Healthcare system represents another significant chapter for our organization, as well as our region,” said Steven M. Fontaine, Chief Executive Officer of Penn Highlands Healthcare. “As we continue to expand farther southeast to make our premier services available throughout more of Pennsylvania, it was clear from our due diligence process that Tyrone Hospital comes with a long tradition of providing exceptional care to the Tyrone community and its surrounding area. This aligned with our fundamental mission to deliver quality healthcare that’s based within close-knit, hometown communities.” Fontaine noted that with this new partnership now official, Penn Highlands is committed to providing the services that residents of Tyrone and its surrounding communities have depended on for decades. Fontaine added: “Throughout Penn Highlands, we continue to recruit physicians to this region. Now we look forward to bringing services to Tyrone in areas such as lung care, cardiology, and neurology.”

The boards of directors of both Penn Highlands Healthcare and Tyrone Hospital signed a letter of intent this past March that initiated this affiliation. After rigorous due diligence, research and discussion, a definitive agreement was signed and received official regulatory review and approval.

“As we considered this opportunity to become part of Penn Highlands Healthcare, we recognized how significantly residents of Tyrone and our surrounding communities could benefit from joining a health system as highly regarded in healthcare as Penn Highlands is for its excellent standard of care and exciting advancements,” said Penn Highlands Tyrone Board Chairwoman, Kelly Wike. “This transition to become part of the Penn Highlands family will ensure we continue to carry out the patient care we are known to deliver to our community.”

Added hospital president, Anna Anna: “Becoming a Penn Highlands hospital will provide a great opportunity for our organization to build upon our strength, while also maintaining our role as an important employer in the region. This affiliation with Penn Highlands will create a sustainable model for our local hospital as well as bring additional resources and expertise to Blair County.”

According to Dick Pfingstler, Chairman of the Penn Highlands Healthcare Board of Directors, “The addition of Penn Highlands Tyrone to our health system fosters further growth of our brand and reinforces our organization’s ability to recruit high quality providers to this region, provide local jobs, and increase the specialty services Penn Highlands currently provides. To demonstrate to the Tyrone community the quality of the Penn Highlands brand is a privilege,” Pfingstler said. “Offering greater access and the delivery of our services throughout even more of our region aligns perfectly with the mission established at our founding to serve Penn Highlands communities with the highest-quality healthcare available.”

Through this partnership, Penn Highlands Healthcare has evolved into an organization with nearly 5,000 workers in 100-plus locations throughout North Central/Western Pennsylvania that include community medical buildings, outpatient facilities, surgery centers and physician practices.

Providing exceptional quality care to the region, it has 500 physicians and nearly 270 advanced practice providers on staff. The facilities have a total of 705 inpatient beds. The system offers a wide-range of care and treatments with specialty units that care for cancer, cardiovascular/thoracic, lung, neurosurgery, orthopedics, behavioral health, and neonatal intensive care.

Being focused on what is important—patients and families—makes Penn Highlands Healthcare the best choice in the region. For more information, visit www.phhealthcare.org. 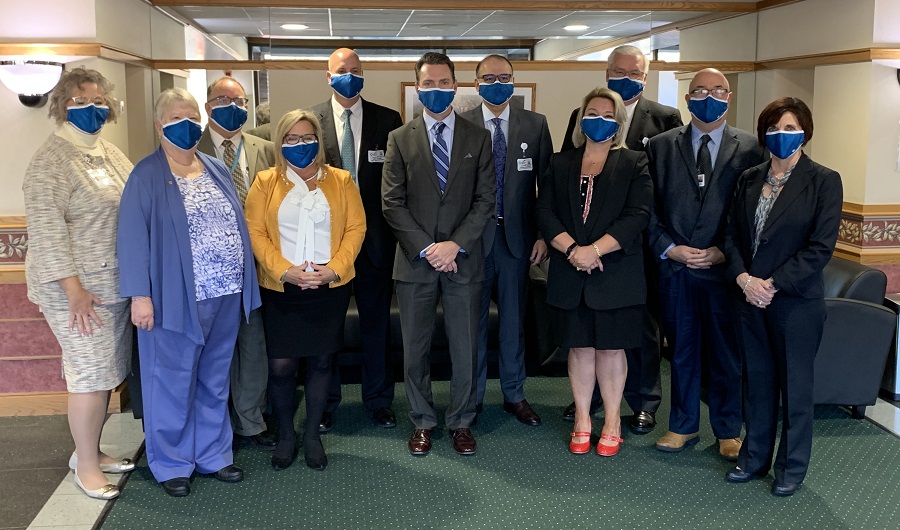 Penn Highlands Healthcare recognized as a Top 100 Employer in Pennsylvania