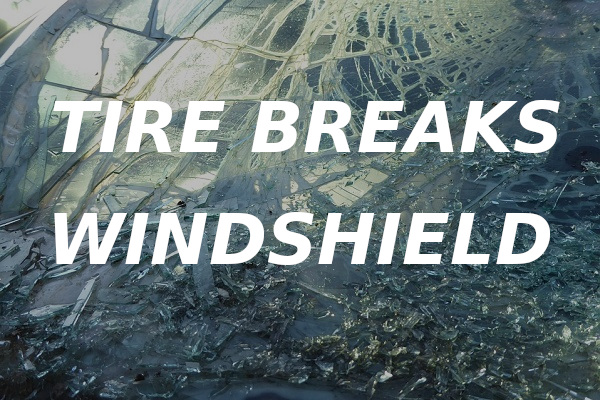 Lawrence Township, PA – A young Clearfield County woman was injured after a tire flew off of a truck on Interstate 80 and went through her windshield.

20-year-old Mackenzie Lansberry from Clearfield had been driving west on I-80 near mile marker 117 in the Lawrence Township area around 8:30 Tuesday morning.

That’s when a tire/wheel combo came off of an unknown truck and went through the windshield and roof of her 2007 Lincoln-Continental MKZ.

Lansberry was able to pull off of the roadway and call 911. She was taken by Clearfield EMS to the Penn Highlands DuBois emergency room for head injuries.

She had been wearing a seat belt.

The identity of the other driver is unknown, but if found they could face charges for failing to stop and render aid after an accident.

Read the police report online. (Scroll down to see this specific report.)