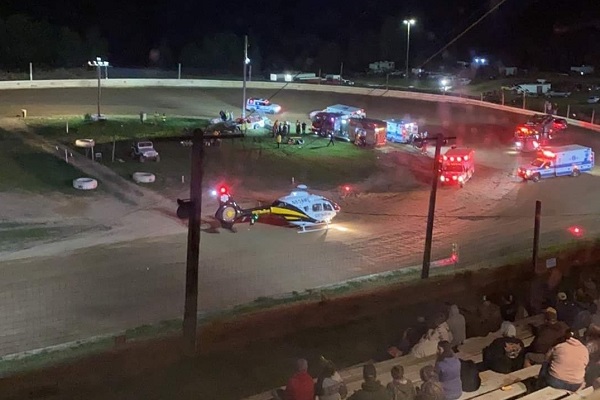 Clearfield, PA – Three people were injured after a street stock race car slid into people and then a utility pole at the Hidden Valley Speedway on Saturday night.

Emergency crews say one of the race cars went off of the track and struck a photographer and a corner flagman.

The car then went into an embankment and finally struck a utility pole.

The driver had to be extracted from the vehicle.

One person was flown by medical helicopter to the hospital, although officials don’t say which victim it was. The other two were taken by EMS.

None of the people involved have been named.

Credit to the Lawrence Township Volunteer Fire Department for the photo used.