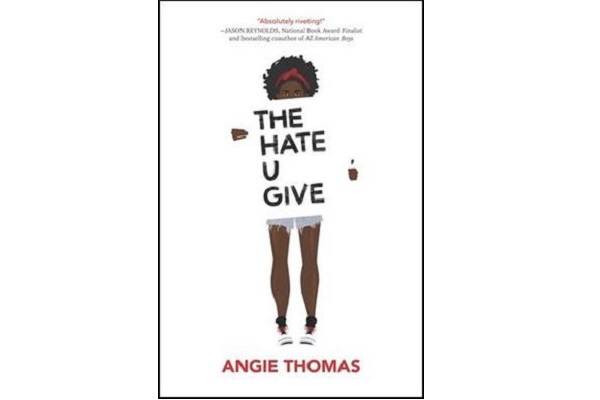 Fair use disclaimer: HC DJ of Angie Thomas's debut novel The Hate U Give, published by HarperCollins in 2017 (ISBN 9780062498533). Author or copyright owner Art by Debra Cartwright / Cover design by Jenna Stempel

DuBois, PA – A decision has been made about a book that was recently challenged as “inappropriate” by a family at a DuBois Area School Board meeting.

DuBois Area School District decided that The Hate U Give by Angie Thomas will remain in the DuBois Middle School library, but students will need parental permission to check it out.

The book had been brought up earlier in the month when Deidre Brown, Brooke Porada, and Brooke’s 12-year-old daughter Lily said the had read parts of the book that they said were deeply upsetting.

However, the book has also won two notable awards – The Coretta Scott King Award, that commemorates the life and works of Dr. Martin Luther King Jr. and Coretta Scott King for her work towards peace, and the Michael L. Printz Award for excellence in young adult literature. Supporters of the book say it gives a realistic reflection of the struggles of being black in America and what it is like to grow up in a country with so much racial tension.

Wendy Benton, the superintendent of DuBois Area School District, announced that the committee decided that the book would remain on the shelves, much like other books such as Of Mice and Men, To Kill a Mockingbird, the Harry Potter series, and the Captain Underpants series, which have also been challenged by other schools in the past.

However, because The Hate U Give is recommended for ages 13 and older and most students at DuBois Area Middle School are younger than that, they will need parental permission to check out the book from the library.

Wendy Benton, DuBois Area School District Superintendent, talks about the decision to keep The Hate U Give on library shelves at the DuBois Area Middle School, allowing students to check it out if they have parental permission. She also clarifies that CRT or critical race theory is not taught at DASD and is not any part of the curriculum.

Connect FM · Wendy Benton – The Hate U Give decision and CRT