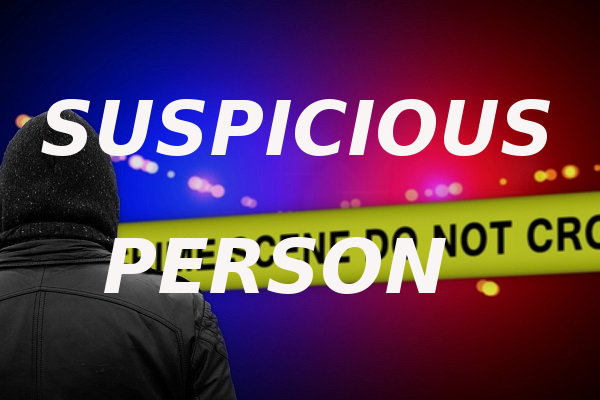 DuBois, PA – Recently, DuBois City Police were called to investigate suspicious people who turned out to be not so suspicious after all.

In reports filed for July 24-26, DuBois City Police say officers were told about a suspicious man near an abandoned building in the 200 block of East Park Avenue. When police arrived, they found that the man was actually the new owner of the building and he was there working.

Around that same time, DuBois City Police officers were also called to Rumbarger Cemetery, near Penn Highlands Hospital for suspicious activity. The caller said that there were people there with binoculars. Police found that the people were there waiting to hear the good news of the birth of a new grandchild, since they were not allowed inside the hospital due to COVID-19 regulations.

Officers were called to the 200 block of E. Park Ave, for a report of a suspicious male at an abandoned building. Officers arrived and found that it was the new owner of the building and he was there working.

City police were called to the Fourth Ward for a report of an intoxicated male. Officers found the man in a bush on Reams St. He was arrested and taken to jail.

An alarm was activated at the accounting office of Joseph Lazore, located on S. Main St. Officers found the building to be secure.

Someone damaged a vehicle in the 600 block of Orient Ave. Both doors were damaged. Police are investigating.

A woman reported being harassed by another woman, both by text and on social media. Officers are investigating.

Officers were called the Rumbarger Cemetery, near Penn Highlands, for a report of suspicious activity. The caller advised, there were people there with binoculars. When officers made contact, they found the people were there waiting to hear news of the birth of their grandchild, since they were not allowed in the hospital.

On three separate occasions, over the course of two days, officers had to locate and return a psych patient that walked away from Penn Highlands West.

A domestic disturbance occurred at a residence in the 200 block of S. State St. The couple had been arguing but there was not physical violence. No arrests were made.

City police were dispatched to a vehicle vs. pedestrian motor vehicle accident, in the parking lot of GetGo. No one needed medical attention. Officers are investigating.

Officers were called to Penn Highlands East unit for an unruly patient. Staff advised he would not take his medication. Officers talked the subject into cooperating.

An alarm was activated at Luigis, located on N. Brady St. Officers found the building to be secure.

A domestic disturbance occurred at a residence in the 600 block of Juniata St. between two women. One of the parties left before the police arrived. No physical violence occurred and no arrests were made.

Officers were called to DuBois St. for a report of a woman passed out behind the wheel. Officers arrived and found the woman was passed out at the intersection, with her foot on the brake and the vehicle still in drive. She was taken for a blood test as she had exhibited signs of drug intoxication. Charges are pending the results of blood testing.

Officers were called back to the residence located in the 600 block of Juniata, for another call of a domestic disturbance. The two women were fighting again, this time physical. One woman suffered a laceration under her left eye and had swelling to that eye as well. The other woman, who was also found to be on state parole, was taken into custody and charged with domestic violence. She was taken to the county jail.