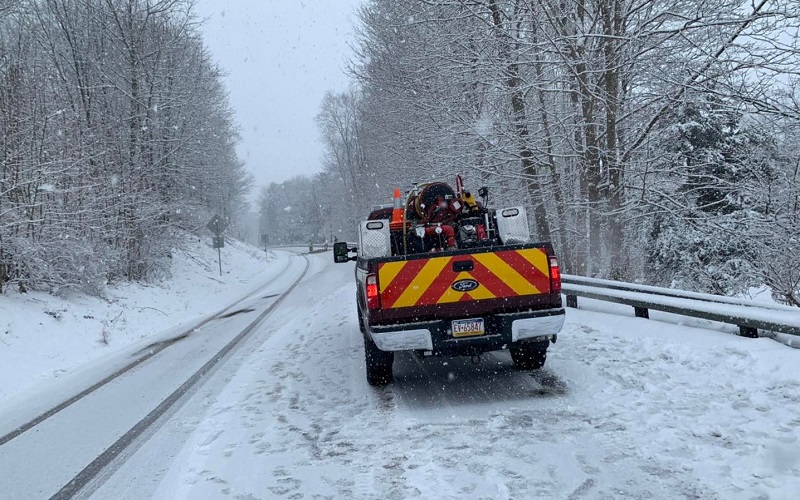 Clearfield, Jefferson, Clarion, and Elk Counties, PA – Multiple roadways had to close temporarily on Wednesday due to a heavy, fast snowstorm during the late morning.

Very few official reports about crashes are available yet, but we know that there were dozens of accidents around of area due to the snowy conditions.

Speed restrictions were placed on Interstate 80 throughout our area. Other roadways, such as Route 28 near Brockway, were temporarily shut down.

Expect details later this week about the more serious crashes that happened.

Photo is courtesy of the Brockway Volunteer Hose Company.