DuBois, PA – Herm Suplizio has picked up a major endorsement in his campaign for the State Senate. State Senator and Senate President Joe Scarnati (R-25) announced his endorsement of Suplizio Monday, April 20. Scarnati, who has represented the 25th District since 2000, released the following statement:

“In my time representing the 25th District, I’ve worked with all of the candidates seeking election. They’re all decent men and I admire anybody who’s putting their foot forward to run for office. I believe we need a leader who shares our values and has a record of effective leadership to hit the ground running in the Senate.”

“To me, there’s a difference in leadership among these candidates and there is one clear choice-it’s Herm Suplizio. Herm shares our conservative values, cares deeply about our district and has a record of getting things done. He’s been effective not just in DuBois, but across the 25th District. I’ve been very impressed by his leadership and he has my full endorsement.”

A 1978 graduate of DuBois Central Catholic, Suplizio has spent his entire adult life around public service. Rising from volunteer firefighter to chief of the DuBois Fire Department and Executive Director of the local United Way since 1993, Suplizio’s impact on DuBois is far-reaching. Since being elected Mayor in 2000 and joining the City fulltime in 2010, Suplizio has brought job growth and revitalization to downtown DuBois while leveraging millions of dollars in state grants and private dollars for critical projects across the region.

Suplizio acknowledged the endorsement as great news: “Senator Scarnati has been an outstanding leader and conservative champion in the Senate for two decades. I am thrilled to have his support and will look to continue to advocate for common sense conservative principles in Harrisburg.”

John “Herm” Suplizio, of DuBois is also an endorsed candidate of the Pennsylvania Pro Life Federation and Firearm Owners Against Crime. He is seeking the Republican Nomination for the 25th Senatorial District, which covers portions of Clearfield County and all of Cameron, Clinton, Elk, Jefferson, McKean, Potter and Tioga Counties. 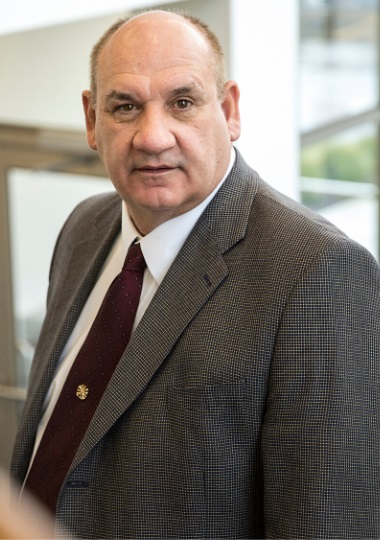 Also running for the Republican nomination for Senate seat are Rep. Cris Dush, a who currently serves in the House of Representatives, and Dr. Jim Brown, a longtime Jefferson county resident who serves on the Brockway School Board.

Pennsylvania primary elections, which will determine which candidates will be on the ballot this November, have been pushed back to June 2.

You can cast your ballot by mail this year, and you can still register until May 18.