Harrisburg, PA – The Pennsylvania State Police announced today that troopers confiscated $8,770,800 worth of cocaine, heroin, fentanyl, and other illicit drugs in the fourth quarter of 2019.

State police also collected 830 pounds of prescription and other medication as part of its drug take-back program in the fourth quarter of 2019. There are 65 drug take-back boxes at state police stations throughout the commonwealth, providing a safe way to dispose of unused or unwanted medication 24 hours a day, seven days a week. 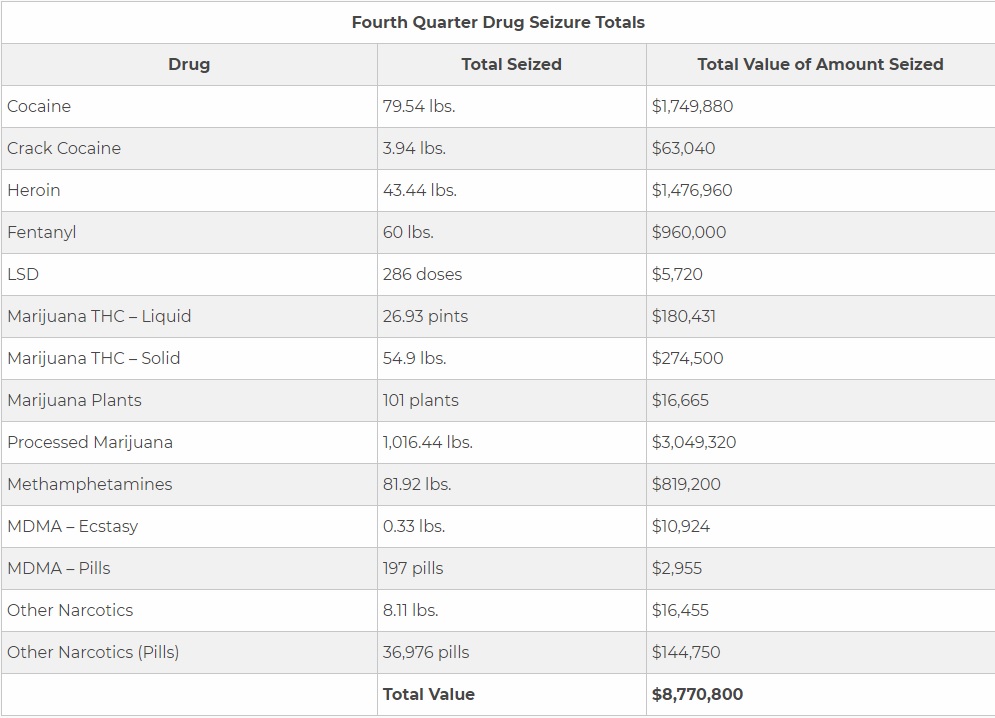