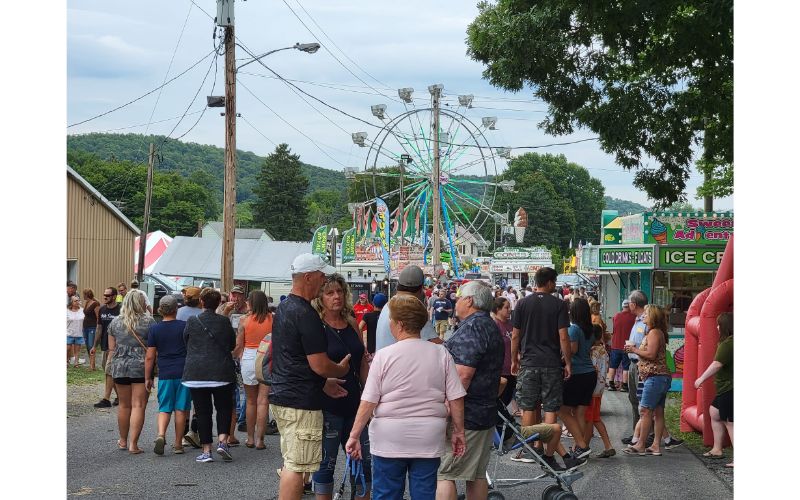 CLEARFIELD – Today is another Senior Citizen Day at the Clearfield County Fair.

Admission is free for those 65 and older from 10am until 6pm. The carnival rides open at Noon today at the 161st Annual Clearfield County Fair. Beef and dairy steers judging will begin at 4:30pm, and there will be Grove Stage performances throughout the day by Tom Crowl and Heather Olson.

Then tonight, it’s the power and roar of a Truck and Tractor Pull at the Grandstand starting at 7pm. The Clearfield County Fair continues through Saturday night.

According to the Clearfield County Fair Board, the Purchase Line High School and Curwensville Area High School marching bands claimed first place honors in their respective classifications. The Keystone Regiment was chosen as best Drum and Bugle Band. Among the various fire department categories, the Sandy Township North Point Fire Company took first place for the Best Appearing Engine between 2012 and 2022, and DuBois Volunteer Hose Company was honored for the Best Appearing Engine 2000 or older.