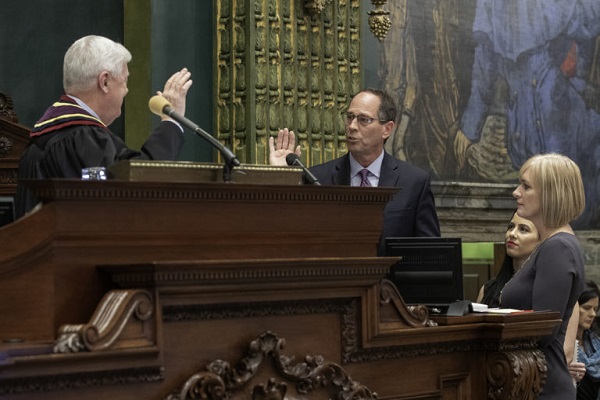 This is the fourteenth time Senate colleagues have elected Senator Scarnati to the third-highest constitutional office in the Commonwealth. The Honorable Chief Justice Thomas Saylor administered the Oath of Office to Scarnati. Following being sworn-in as President Pro Tempore, Senator Scarnati offered brief remarks.

“I thank the Members of the Senate for their trust and faith in me to lead this Chamber. We have much that we can accomplish in the coming year.

“By working together and compromising we can help improve the economic well-being of working families across our Commonwealth.”

Senator Scarnati is currently serving his fifth term in the Senate. He was born and raised in Brockway, Jefferson County, and represents the 25th Senatorial District, which includes Cameron, Clinton, Elk, Jefferson, McKean, Potter and Tioga Counties and portions of Clearfield County.

Listen to the full report from Hanson Quickel with quotes from Sen. Joe Scarnati.