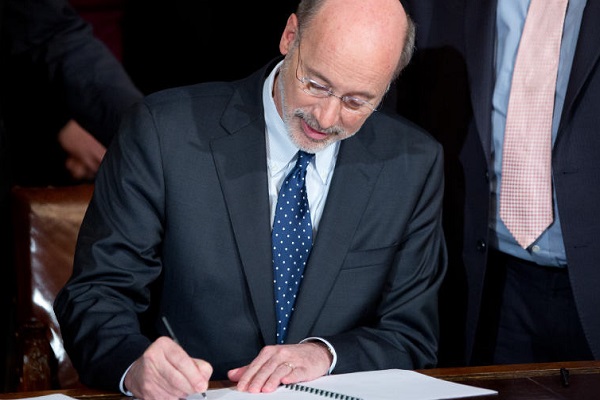 However, the governor vetoed HB 2513, a bill that he says would endanger public health and safety by allowing restaurants to open up to full capacity without regard for state and federal COVID-19 mitigation guidelines.

House Bill 2487, which received unanimous approval in both the House and Senate, will freeze pay for members of the Pennsylvania General Assembly, the governor, lieutenant governor, treasurer, attorney general, auditor general, the heads of departments, members of boards and commissions, and the judiciary. Earlier this year, the House Republican Caucus placed a freeze on hiring and froze employee salaries for one year.

“A pay freeze for government officials is absolutely appropriate right now with so many families and businesses struggling in this pandemic just to make ends meet,” said Ryan. “The pandemic is also taking a tremendous toll on state revenue, which will impact our budgets for years to come. More than ever, shared sacrifices are necessary to restore financial stability to our Commonwealth and its citizens.

“As someone who has worked a lifetime keeping organizations out of bankruptcy, this bill is the first step in a very long road toward getting state spending under control as we tackle the budget crisis facing us in November and again next year. We have much more work to do,” Ryan said.