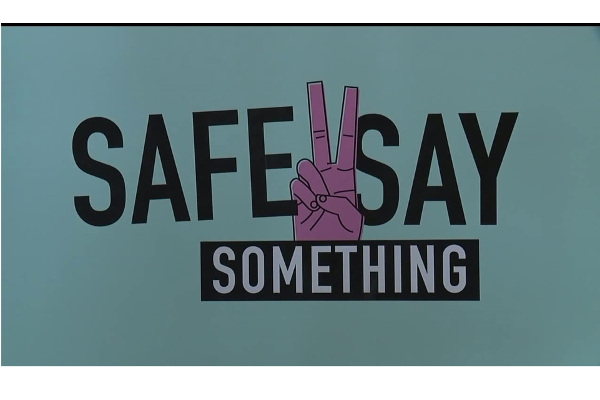 Harrisburg, PA – On the one year anniversary of the Safe2Say program, Attorney General Josh Shapiro yesterday announced Pennsylvania’s anonymous reporting system for schools, students and community members, “Safe2Say Something PA” has reached more than 40,000 tips from across the Commonwealth.

“Safe2Say Something PA empowers students, teachers, and administrators to anonymously report potentially unsafe activities in schools,” Shapiro said. “In its first year of operation, Safe2Say received 40,382 tips, including 6,847 that we categorized as ‘life-safety,’ meaning a life was somehow in danger.

“None of this would have been possible without the students who have trusted us and participated, the analysts in the crisis management center who work tirelessly to handle tips and keep people safe, and nearly every school in Pennsylvania that has worked with us and gotten the word out about a program that seeks to strengthen public safety.”

Safe2Say Something was created following the governor’s approval of Act 44 in 2018. The anonymous reporting system came online on Jan. 14, 2019.

Pennsylvania was the first to deploy Safe2Say statewide and to train students and staff in all of the commonwealth’s 500 public school districts, including private, charter, and parochial schools.

Students and community members can submit tips via PA’s website, www.Safe2Saypa.org; through the Safe2Say Something PA app; or via telephone at 844-Safe2Say (844-723-2729).

Most of the 40,382 tips were received through the app (32,998), while 6,512 tips came through the website, and 872 tips were telephoned into the crisis management center.
Attorney General Shapiro said most of the tips have been about mental health, not school violence as many had originally expected.

“As I traveled across Pennsylvania to talk to students about Safe2Say, they weren’t peppering me with questions on school shooting drills or metal detectors. They were talking about fellow students who seemed depressed, came to school without lunch, and chronic online bullying,” Shapiro said.

As he has in the past, the Attorney General said the reality that most people who submit a tip to Safe2Say Something PA are about mental health means state officials should do more to address this growing concern.

“We need additional funding to ensure there is at least one mental health counselor in every school building in PA,” Shapiro said. “We must expand mental health services in our schools.”
Pennsylvania’s Safe2Say anonymous reporting system includes a partnership with the Sandy Hook Promise, a national non-profit organization based in Newtown, Conn., that formed following the school shooting at the Sandy Hook school in 2012. Sandy Hook’s founders and directors include people whose loved ones were shot and killed in that tragedy.

There are no costs to any school in Pennsylvania to participate in Safe2Say. The reporting system’s entire annual budget, including 24/7 staffing and technology, is funded in the General Fund at $1.6 million.