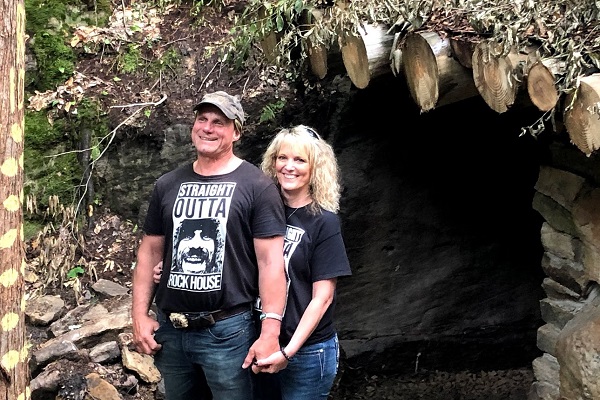 Although that season of Alone aired more than a year ago, the show’s new home on Netflix has found new fans… including those in Clearfield County who noticed that Roland grew up in Shiloh, PA!

Roland Welker won the $1 million prize by surviving for 100 days in the Arctic with just 10 items given to him (including his trusty axe) to help build a shelter and survive alone in temperatures that dipped down to as low as -40 degrees. There was no support team or camera crew along with him.

Now locals in Clearfield County can get a small sense of what it was like for Roland Welker. Thirteen volunteers worked for more than 300 hours to build a replica at Bilger’s Rocks.

Check back for more videos and photos from the event.

Roland Welker at Bilger’s Rocks for the Rock House replica and trail dedication, talking about how his faith helped him get through 100 days in the wilderness.

PA Wilds announces the 2022 Champions of the PA Wilds Awards

Opening night for The Nerd at Reitz Theater