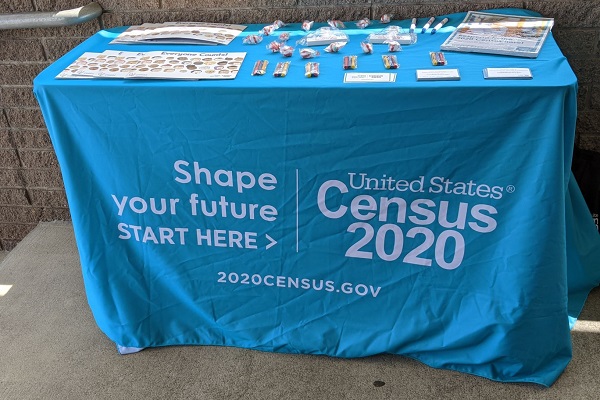 According to the Census Bureau, the census is important because it impacts funding and representation for communities in the United States. In addition, it may impact infrastructure projects, such as cell phone towers. Failure to be counted could cost the community government money over the next decade.

Because of the proximity to the post office, the library seemed like a good place to have census help. 2020 Census set up a table and used an iPad to complete census forms. The process only takes a few minutes, and the worker said that they have been able to help several people in the community today. Foot traffic made up a small amount of the visitors. Most heard that the 2020 Census would be there and came over while some others saw the table as they drove along Main Street and stopped by.

Mengle Memorial Library Head Librarian Darlene Marshall said that it is important for the library that residents fill out their forms.

Marshall also said that the census worker helped Mengle Library open a little more on Friday. The library is working on staffing to fulfill customers’ needs while following all state guidelines, and an extra set of eyes was useful.

Marshall hopes to have another census day, but that has yet to be scheduled. Residents can complete census forms on the census website 2020census.gov.

Click on the audio files below to hear interviews with Darlene Marshall.

Penn Highlands Healthcare recognized as a Top 100 Employer in Pennsylvania