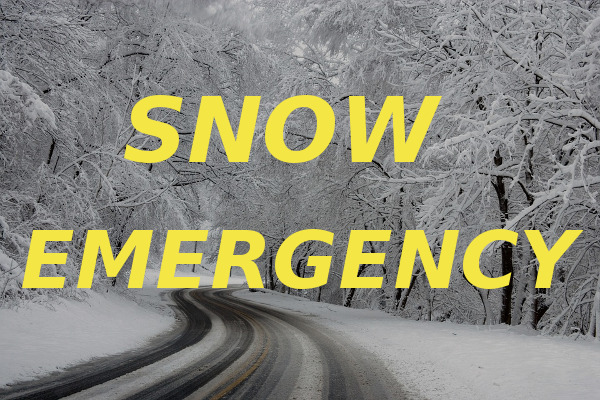 “Many areas of the commonwealth experienced heavy snowfalls that affected roads and created dangerous conditions, and emergency personnel responded to several emergencies and accidents caused by snowfall and blocked roads,” Gov. Wolf said. “Tragically, at least one of these accidents led to a loss of life, and my heart goes out to all of the victims and their families. You are in our prayers.

“Thanks to all of those who worked throughout the storm and into the morning to respond to emergency situations and keep their fellow Pennsylvanians safe.”

Gov. Wolf encouraged Pennsylvanians to stay home and allow clean-up crews to continue to do their work safely and so everyone can get back to their daily routines.

PEMA Dir. Padfield provided an overview of activity overnight and into Thursday morning, recognizing county emergency management coordinators’ work the past evening in executing and coordinating plans with PEMA.

“At the county level, they coordinated shelters, bringing buses on site to keep motorists warm and safe, ensuring that wellness checks were conducted on a regular basis for motorists who were in their vehicles,” Padfield said. “While the storm is mostly out of the state, blowing and drifting snow remain a threat. Please use caution on roadways and while cleaning up.”

PennDOT Sec. Yassmin Gramian provided an update with a focus on safety first.

“Across most of the state, we saw isolated incidents that often occur during storms,” Gramian said. “Our 511PAConnect system sent text alerts to nearly 300 people for crashes that occurred on I-80 in Mercer County, I-78 in Berks County, and for a current incident on I-80 in Clearfield County. 511PAConnect was launched in 2016 – at Governor Wolf’s direction – to provide information updates to motorists during long-term closures on PennDOT or Pennsylvania Turnpike roadways.”

PennDOT and the PA Turnpike announced and implemented speed and vehicle restrictions that were lifted today in the Harrisburg and Philadelphia regions. Restrictions are expected to continue to be lifted throughout the day.

“The State Police has a preliminary investigation into the crash on I-80 in Clinton County, which occurred just after 3 p.m.,” Miller said. “A backlog ensued and resulted in a series of chain reaction crashes that totaled 55 commercial vehicles and 11 passenger vehicles. Additional crashes occurred on I-80 in Jefferson, Clarion, and Mercer counties. Investigations continue.”

“When emergencies strike, I am always proud of the way Pennsylvanians come together to take care of one another, and keep one another safe,” Gov. Wolf said. “I know that spirit of resilience and compassion will help all of us get through the negative consequences of last night’s storm.”