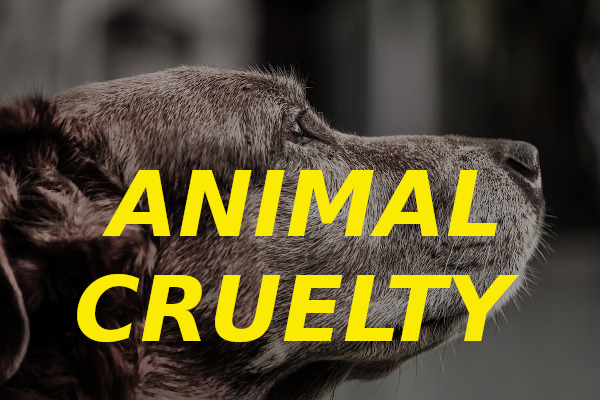 Punxsutawney, PA – A Punxsutawney man is being charged after his dog was found tied outside during a severe thunderstorm, with injuries and unable to reach food, water, or shelter.

25-year-old Seth Yezierski is facing misdemeanor charges for neglect of animals, plus summary charges for cruelty to animals, tethering dogs, and not providing proper shelter.

The German Shepard was found at the home in Punxsutawney on July 7 after a complaint from a concerned person.

The dog was tied out during a thunderstorm, surrounded by garbage, piles of wood, broken glass, and a lawnmower. He was tied to the mower in a way in which he could not reach food, water, or shelter.

The police officer took the dog into the patrol car and called volunteers from Just Us For The Animals who were able to get veterinary help for the dog, including a constantly bleeding cut on one of his paws.

The dog was then taken by a Dog Enforcement Officer. It’s unclear from the police info at which shelter the dog will end up.

Multiple attempts have been made to contact Yezierski about the dog.

His preliminary hearing is scheduled for Aug. 17.

NOTE: The image used is a stock image, not a photo of the actual dog mentioned in this story.

$50,000 worth of copper stolen from Clearfield County mining company