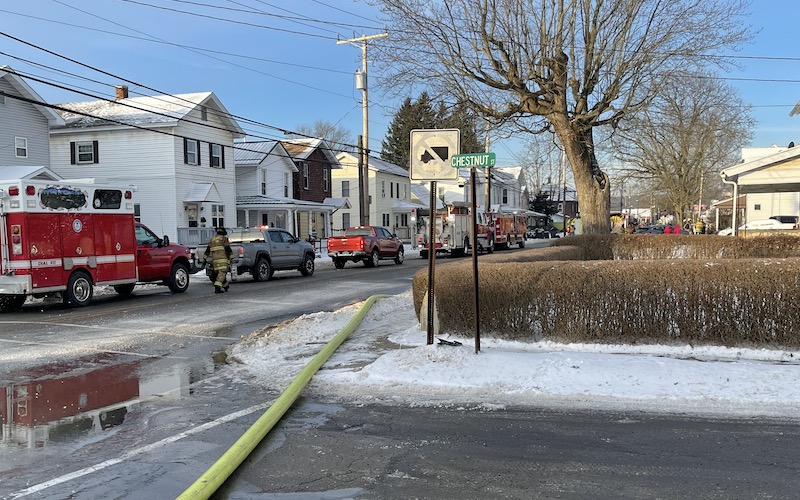 PUNXSUTAWNEY— A family of eight lost their home to a fire Wednesday morning in Punxsutawney.

According to Fire Chief Joe Defelice, flames broke out in a first-floor bedroom and spread to the second floor and attic of the West Mahoning Street house.

Three adults, four children, and one adult child have been displaced by the blaze.

Reports say a woman was trapped inside the house for a time, but she was freed and taken to a hospital for treatment.

As a precaution, the children were also taken to the hospital.

Defelice said the home is a complete loss.