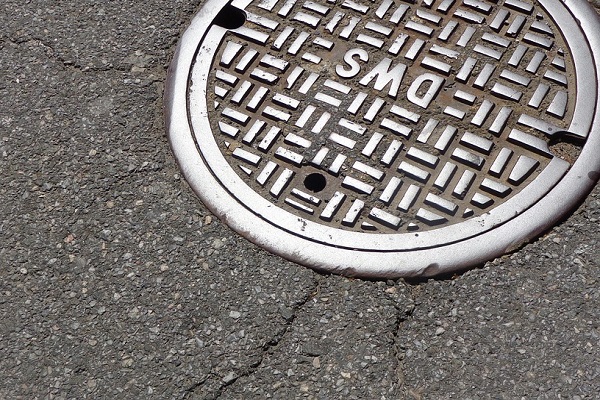 Harrisburg, PA – Punxsutawney is receiving a nearly $2 million loan to replace part of its wastewater infrastructure. It’s part of $116 million that’s being invested statewide for 16 projects across 13 counties, by PENNVEST.

The loan will be used to replace terracotta sanitary sewer lines with new sewer lines and stormwater conveyance piping. The project will eliminate discharge of raw sewage into the Mahoning Creek, which tends to happen with particularly wet weather.

“Now, more than ever, there is a need for safe, reliable water infrastructure throughout Pennsylvania’s communities,” said Governor Wolf. “As we continue to grapple with the COVID-19 pandemic, these projects will help to ensure the safety and well-being of thousands of Pennsylvanians, while also contributing to the economic recovery that is critically vital to the strength of our Commonwealth.”

The funding for these projects originates from a combination of state funds approved by voters, Growing Greener, Marcellus Legacy funds, federal grants to PENNVEST from the Environmental Protection Agency, and recycled loan repayments from previous PENNVEST funding awards. Funds for these projects are disbursed after expenses for work are paid and receipts are submitted to PENNVEST for review.

“As today marks the fiftieth anniversary of Earth Day, these projects are the embodiment of that celebration,” said Governor Wolf. “Making investments in clean water and environmental protection efforts keeps our citizens healthy, sustains and creates jobs, and strengthens our economy as a whole. There is no better display of our commitment to our environment and our recognition of Earth Day.”
A list of project summaries follows:
Drinking Water Projects

Mahoning Township Municipal Authority* – received a $3,038,226 grant and an $850,336 loan to install improvements to the water delivery system, including 13,000 feet of new water line and a 200,000-gallon elevated composite storage tank. The project will increase water pressure and eliminate frequent leaks while also addressing regulatory violations for disinfection by-product contamination, including high levels of trihalomethane.

Evans City Water and Sewer Authority – received a $1,960,000 loan to make water distribution system improvements, including 4,420 feet of new piping, hydrants, and service links. The project will drastically reduce unaccounted-for water loss and address a population that is frequently under Boil Water advisories.

City of Philadelphia* – received a $73,350,000 loan to rehabilitate the Torresdale pumping station, including 12 new pumps, flow meters, and electrical equipment. The project will eliminate the risk of a water outage and provide reliability to a number of critical facilities, including Jefferson Hospital.

Washington Township Municipal Authority** – received a $1,599,514 grant and a $364,486 loan to construct two collection system extensions, including approximately 10,800 total feet of piping and grinder pumps. The project will eliminate the use of frequently malfunctioning onlot systems and eliminate gray water discharge into the McCauley Run, an Exceptional Value (EV) stream.

Benton Municipal Water and Sewer Authority** – received a $2,200,000 loan to convert to a conventional aeration treatment system, including the replacement of pumps and installation of diffusers and an aeration system. The project is a green project and will provide a 20% energy savings while also reducing the potential pollution to Fishing Creek, a designated cold-water fishery.

Borough of Punxsutawney** – received a $1,969,660 loan to replace terracotta sanitary sewer lines with new sewer lines and stormwater conveyance piping. The project will eliminate discharge of raw sewage into the Mahoning Creek during wet weather events.

Shenango Township Municipal Authority – received a $481,491 loan and a $3,676,509 grant to install 9,515 feet of sewage main, pump stations, and an ultraviolet disinfection system. The project will eliminate the use of malfunctioning onlot systems within the service area and halt raw and partially treated sewage discharges into the tributaries of the Shenango River.

Eastern Snyder County Regional Authority** – received a $12,901,300 loan to make improvements to an existing wastewater treatment plant, including pumps, valves, a water strainer, and a belt filter press. The project will limit exposure to untreated wastewater and protect the Susquehanna River from uncontrolled releases of partially treated sewage.

Jamestown Area School District – received a $300,000 loan to replace an existing stormwater conveyance system with nearly 1,000 feet of new piping and open channel stabilization and fencing. The project will replace a system that has reached the end of its useful life and will alleviate flooding to a school building.