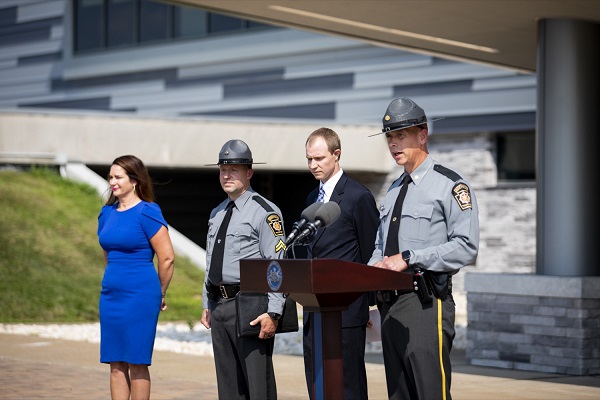 Harrisburg, PA – After a slew of unemployment benefit scams continues not just in PA but across the country, officials are reminding Pennsylvanians to be vigilant of fraud and the warning signs and steps to take if they become a victim.

“Fraud is an unfortunate byproduct of any disaster, and we are seeing the proof of that during the global COVID-19 pandemic,” said Secretary Berrier. “It’s frustrating that thousands of data breaches that occurred outside of L&I – and outside of the control of consumers who often had no choice but to give companies their personal data – are now resulting in widespread unemployment fraud attempts. We strongly urge everyone to remain vigilant about fraud and to notify authorities of any suspected fraud activity.”

Across the nation, fraudsters have been applying for unemployment benefits using stolen identities that were obtained in data breaches that occurred outside of state government. There were more than 11,000 data breaches that caused the exposure of more than 1.6 billion records in the U.S. over a span of about 15 years. Many individuals whose personal data was leaked during these breaches are unaware until a fraudster uses their identity to apply for unemployment benefits and they receive notification that a benefits application has been filed in their name.

L&I utilizes numerous fraud-detection measures, including using virtual identity verification vendor ID.me to verify the identities of all new unemployment applicants. Since the new UC benefits system went live June 8, we have prevented approximately $1 billion in state and federal dollars from being paid out to fraudsters.

L&I works with the National Unemployment Insurance Fraud Task Force and other partners, including the FBI, Homeland Security and additional law enforcement agencies, the state treasury and the state attorney general’s office, to identify and block new fraud methods and stop fraud attempts.

“Realize it can happen to you,” said Major Richard. “If you have been a victim, don’t be embarrassed. Instead, report it to law enforcement. The Pennsylvania State Police works closely with its local, state, and federal law enforcement partners to investigate fraud, identity theft, and scams. The sooner law enforcement knows, the better the chances are of recovering your money and catching the scammers.”

“Unfortunately, scams and fraud are growing more common while also becoming increasingly more sophisticated,” said Deputy Secretary Arthun. “If you are being contacted unexpectedly with a request for your personal or financial information with promises of something that seems too good to be true, it likely is.”

Anyone can contact the Pennsylvania Department of Banking and Securities with questions or complaints about a financial transaction, company, or product at 1-800-PA-BANKS or using the online complaint form.

Visit www.uc.pa.gov and click on “fraud” to learn the warning signs of unemployment benefits fraud, how to report it, and the steps you should take if you become a victim.