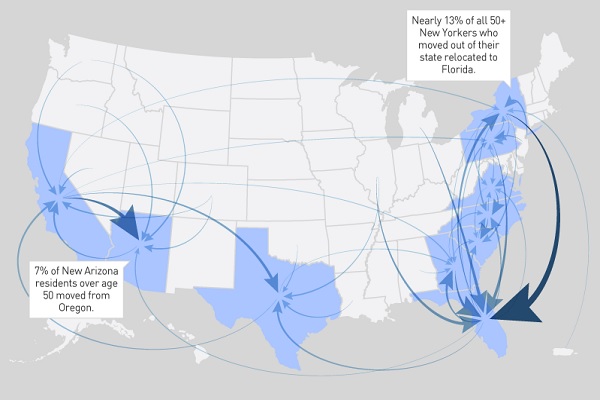 Pennsylvania – When you think about retirement, you probably imagine snowbirds… people who fly south to spend their retirement years.

However, a new study from SeniorLiving.com says that Pennsylvania ranks in the top 10 states where people migrate to after they are 50 or older.

PA comes in at number 9.

Most of the seniors relocating to our state come from California, Florida, Maryland, New Jersey, or New York.

Surprisingly, Johnstown is among the top metro areas with the high population of older residents… 44.6 percent of its population is 50 or older.

According to the American Community Survey, these states had the most residents aged 50 and older who migrated from out of state in 2017:

CLICK HERE to see the entire results of the study from SeniorLiving.com.