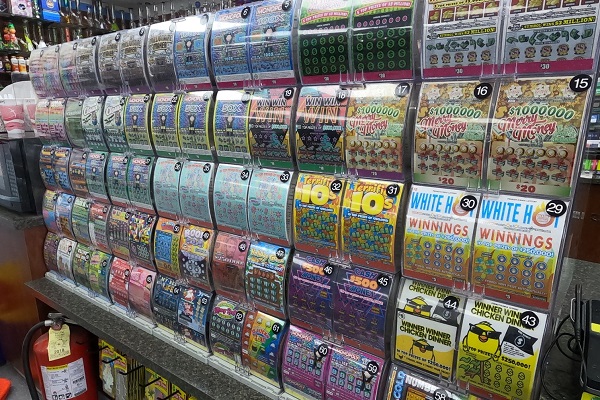 Middletown, PA – Pennsylvania Lottery officials announced that the Lottery generated a record profit of more than $1.3 billion to benefit older Pennsylvanians during the 2020-21 fiscal year. This is the 10th consecutive year the Lottery has generated more than $1 billion for senior programs, which include property tax and rent rebates, free and reduced-fare transportation, prescription assistance, and more.

The record profit was driven by the Lottery selling a record of more than $5.3 billion in traditional games, which include Scratch-Off tickets and Draw Games, such as Powerball® and Mega Millions®. Meanwhile, the Lottery set another sales record by recording nearly $887 million in sales from online play. The Lottery’s online games have become very popular with players since their launch in May 2018.

“We are extremely proud that we kept funds flowing to programs that benefit older Pennsylvanians during a year when many sorely needed this assistance,” said Pennsylvania Lottery Executive Director Drew Svitko. “Our team is very passionate about our mission of responsibly generating funds for our commonwealth’s older residents. We are hard at work to make sure that we keep this momentum going and build on this success.”

• Sales of Draw Games — including the PICK family of games and Wild Ball, Treasure Hunt, Cash 5 with Quick Cash, Match 6 Lotto, Millionaire Raffle, Cash4Life®, Powerball®, and Mega Millions — totaled more than $1.3 billion for the fiscal year, an increase of $235.9 million, or 21 percent, from the previous year’s total. This fiscal year, there were several large Powerball® and Mega Millions® jackpots that drove sales. That includes a record $516 Mega Millions® winning ticket sold in Bucks County for the May 21 drawing.

• Sales of Monitor Games, which include Keno and Xpress Sports games, totaled an estimated $54.9 million this fiscal year, an increase of more than $1.2 million, or 2 percent, from the previous fiscal year.

• Traditional game prizes paid to winners grew to a record of more than $3.5 billion, an increase of nearly $612.4 million. A total of 97 winning tickets of $1 million or more were paid to players during the 2020-21 fiscal year.

• More than $772.1 million in prizes were paid out to winners of online Lottery games. This was an increase of $135 million from the prior fiscal year. This does not include prizes paid to winners who purchased Draw Games online.

• More than 9,600 licensed Lottery retailers statewide, many of them small and family-owned businesses, earned an estimated $329.1 million in sales commissions. That’s an increase of $71.6 million from the previous fiscal year.

The Pennsylvania Lottery operates as a bureau within the Pennsylvania Department of Revenue. Financial statements are available at palottery.com, under Annual Sales & Benefit Reports.

About Us: The Pennsylvania Lottery remains the only state lottery to direct all proceeds to programs that benefit older residents. Since ticket sales began in 1972, it has contributed more than $32.6 billion to fund property tax and rent rebates, transportation, care services, prescription assistance, and local services including senior centers and meals. Players must be 18 or older. Please play responsibly. Call 1-800-GAMBLER (1-800-426-2537) for help with a compulsive gambling problem.

Visit palottery.com for winning numbers, rules, chances of winning, and to join the VIP Players Club to play online or enter for second chances to win. Install our Official Mobile App, like us on Facebook and follow us on Instagram and Twitter @PALottery. Use the hashtag #palottery to share your messages with us.