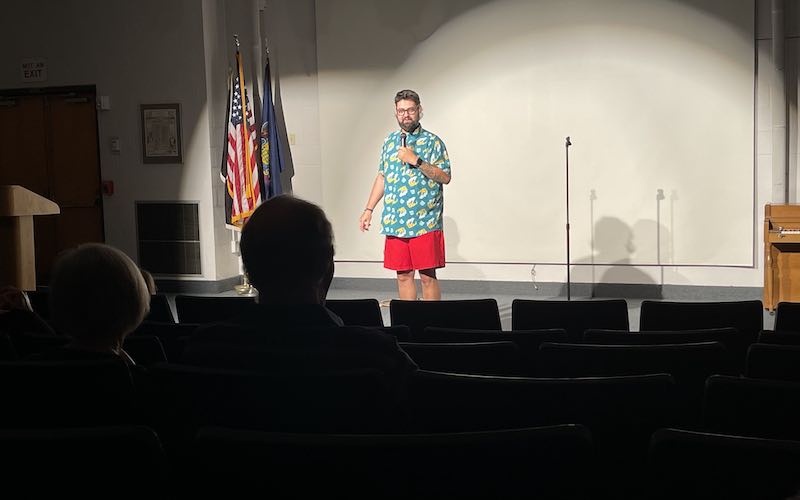 In a surprise guest appearance, Jake Ruble opened for Wilkerson, talking about his struggle with drugs and 16-year sobriety in between his comedic performance.

AJ Wilkerson, also known as Captain Autism, discussed being diagnosed with Autism at 30 years old as well as the difference in how Autism shows up between individuals.

“We come in a wide variety of shapes, sizes and ability levels. It’s almost like we are human,” Wilkerson said between jokes.