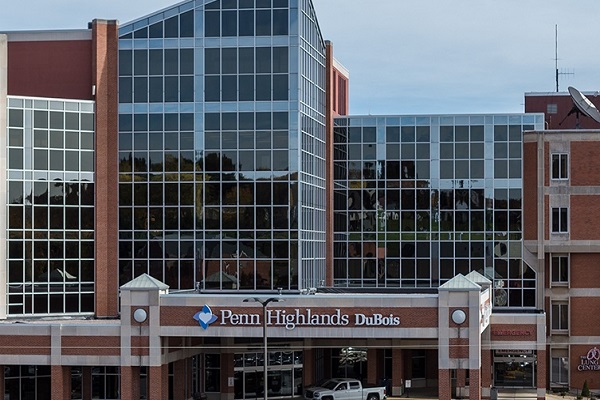 DuBois, PA – Penn Highlands Healthcare has announced that 600 of its employees from the five hospitals in its system will be furloughed or laid off.

In a conference press call, Chief Operating Officer Mark Norman said that reducing the staffing levels was necessary to ensure that the health system would remain viable during the COVID-19 pandemic.

Many elective procedures and general appointments, which bring in the most revenue at the hospitals, have been postponed due to patients attempting to follow the Stay at Home orders or because they are concerned about visiting the hospital in person.

Penn Highlands officials say these measures will take effect immediately and will not compromise patient care or safety.

The furloughs will be in effect until May 31.

Norman says the majority of the 600 employees have been furloughed, not laid off, which means they could come back more quickly once needed again.

Penn Highlands Healthcare has seen its volumes system-wide drop by more than 40 percent, just in the past two or three weeks.

4,400 people are employed across the Penn Highlands Healthcare system. Of the approximately 600 employees that will be affected, 338 of them worked at Penn Highlands DuBois.

DuBOIS (April 15, 2020) – Over the past several weeks, healthcare organizations across the country have experienced unprecedented changes in the economics of the health care delivery system due to the COVID-19 pandemic. Hospitals large and small have canceled many elective services, often under state government orders, as they prepare for the virus, sending revenues plummeting.

The situation is a catch-22 of sorts. As some hospitals in “hot spots” like New York City, Detroit, Seattle and New Orleans deal with a surge of patients affected by the pandemic, hospitals in less affected regions of the country, like Penn Highlands Healthcare, are seeing a dramatic decline in elective surgeries and procedures as well as preventive care visits and outpatient testing. In the past two to three weeks alone, Penn Highlands Healthcare has seen its volumes system-wide decline by over 40 percent.

In response, Penn Highlands Healthcare has reduced its staffing levels across its five-hospital system by approximately 600 employees to ensure the health system’s ongoing financial stability. This effort was completed through furloughs (through May 31), layoffs and the elimination of outside agency staffing. These measures will take effect immediately and will not compromise patient care or safety.

“This was a difficult decision to make, but if we did not take meaningful and decisive action, the long-term viability of our health system is at risk,” said Penn Highlands Healthcare CEO Steven Fontaine. “I hope we will be able to recall many of these affected workers once the pandemic subsides and volumes increase.

“We are very fortunate that we have not seen a surge of COVID-19 related cases in the Penn Highlands Healthcare system,” stated Fontaine, “but as our patients shelter in place we have seen dramatic reductions in daily patient volumes across our hospitals and physician offices and we must adjust staffing accordingly.”

Fontaine stressed that the Penn Highlands Healthcare’s five hospitals remain open 24/7 to meet the needs of its patients.

Penn Highlands Healthcare has implemented visitor restrictions, entrance screenings, and “parking lot waiting rooms” to enhance the safety of patients accessing its facilities for care. Virtual visits are also being offered by most of its physicians and providers.