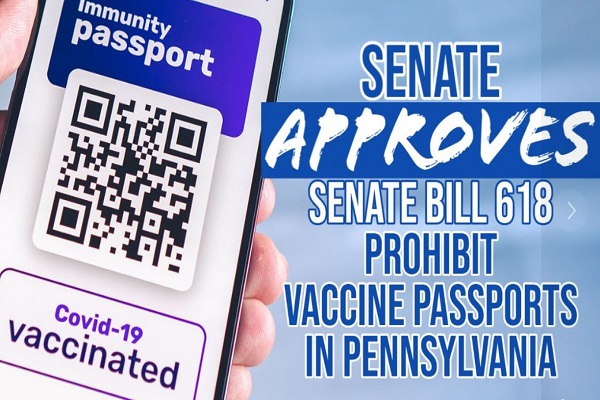 Harrisburg, PA – The Pennsylvania Senate passed Senate Bill 618, led by local Senator Cris Dush, which would prohibit government agencies and organizations receiving state money (including our state universities and state related universities) from requiring anything which would amount to a vaccine passport before they could benefit from the services the state provides.

Although the Senate has passed this bill, it would still have to be signed by Gov. Tom Wolf to become law.