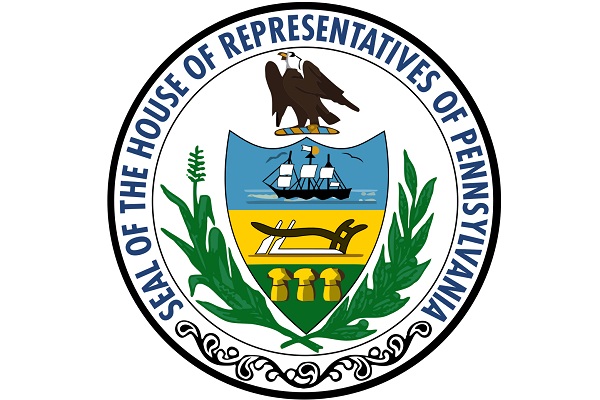 Harrisburg, PA – The PA House of Reps had a voting session recently and advanced a number of new bills, including making it easier to share missing persons info and also a bill to restore work search requirements for Pennsylvanians receiving unemployment compensation.

Harrisburg, PA – The Pennsylvania House of Representatives was in voting session from May 3-5, and the Republican Caucus continued advancing its priorities of providing for an economic recovery, protecting families and reforming government for the benefit of Pennsylvanians, House Majority Leader Kerry Benninghoff (R-Centre/Mifflin) said Wednesday.

Passed House Bill 950 to give the General Assembly greater authority in regulatory repeals.
Passed House Bill 72 to create an enhanced review process for major regulations that impose a substantial cost burden on the Commonwealth.
Passed House Bill 139 to create an act providing for the administration of permits by state agencies, for a tracking system for permit applications, for the establishment of permit programs and for annual reports.
Passed House Bill 288 creating the State Agency Regulatory Compliance Officer Act.
Passed House Bill 723 to bring Pennsylvania’s Workforce Development law in compliance with federal standards.
Advanced House Bill 406 to restore work search requirements for Pennsylvanians receiving unemployment compensation.
“Mitigation orders might be ending soon, but Pennsylvania lawmakers must not forget the need to help our economy recover from this pandemic and related government-created shutdowns,” Benninghoff said. “We can only help Pennsylvania’s workers, families and small business job creators by getting government out of the way, getting Pennsylvanians back to work and setting the stage for a robust return to normal.”

Advanced House Bill 253 to create a task force on the opioid epidemic’s impact on children.
Advanced House Bill 930 to provide for more robust information sharing in missing children investigations.
Advanced House Bill 975 to help prevent elder abuse.
“The House Republican Caucus continues to lead on making sure government is keeping its obligation to our most vulnerable and looking out for the health, safety and welfare of Pennsylvania families,” Benninghoff said. “We will continue to advance legislation to make sure Pennsylvania is a place where families want to come, stay and grow.”

Passed House Resolution 91 to create a Task Force to review the Wolf administration’s failure to advertise a proposed constitutional amendment.
Passed House Bill 129 to allow for greater utilization of telephonic hearings for unemployment compensation benefits.
Passed House Bill 336 to modernize the Department of Banking and Securities.
Advanced House Bill 1010, a proposed constitutional amendment to placed onus of advertising proposed constitutional amendments on the legislative chamber in which they originated.
Advanced House Bill 1264 to require state agencies to disclose PPE purchases during the pandemic.
“Repeated gross mismanagement by the Wolf administration shows that serious legislative oversight is necessary for the benefit of Pennsylvanians,” Benninghoff stated. “House Republican priorities of government reform will ensure Pennsylvanians have a government they can be proud of that keeps their best interests as their fundamental guiding principle.”